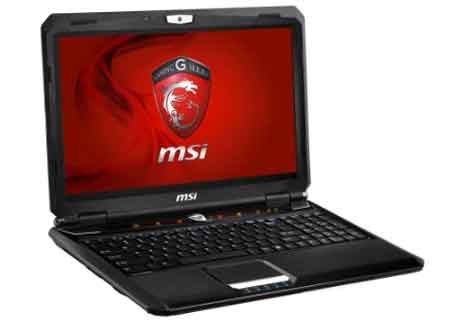 The MSI GX60 is the latest addition to the company’s growing portfolio of gaming laptops. And unlike the recently unveiled GE70 and GE60 that are powered by the latest Core i7 CPUs coupled with DirectX 11 compatible graphics from Nvidia, this portable rig takes on the latest components developed by AMD.

Designed based on the AM70 FCH chipset, the processor tucked away within the MSI GX60’s 55mm form factor is a quad core A10 4600M APU from the Trinity series which has a maximum clock speed of 3.2GHz. Users can throw in a total of 16GB DDR3 RAM along with a 128GB Super RAID + 750GB SATA combination amongst others. A 1920 x 1080p 15.6-inch LED back-lit anti-glare display is placed for visuals, while entertainment needs are catered to by an optional Blu-ray writer, 2.1ch speakers and THX TruStudio Pro audio.

“Today MSI has partnered with AMD to launch a great new gaming notebook based on the HD 7000M Series of mobile graphics for incredible gaming at an affordable price. The MSI GX60 is equipped with an AMD A10 4600M Quad Core CPU, and the AMD Radeon HD 7970M GPU. The latter features the award-winning GCN Architecture for superior DirectX 11 gaming and tremendous compute performance. In addition to this awesome core hardware, MSI has also installed a ton of features & technologies in the GX60 to create a perfect platform for gamers,” states Jay Marsden through a post on the official AMD blog. 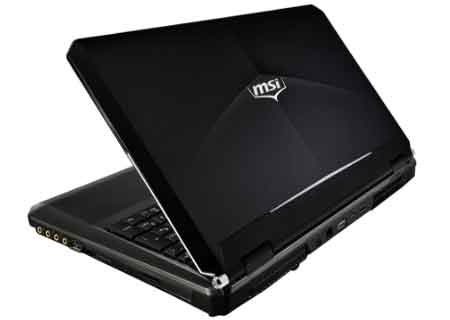 There’s also an HD webcam for video conferencing. The 2GB DDR5 Radeon HD 7970M GPU employed here is based on the 28nm process technology and GCN architecture which packs in support for DirectX 11. According to AMD, this graphics module is well suited for high-resolution gaming and it can even be employed for various other purposes like 3D rendering or video editing.

The MSI GX60 price and release date details haven’t been disclosed as yet.