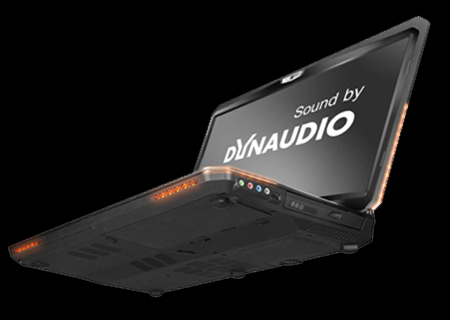 Bearing a not-so-different specs sheet as compared to the MSI GT683 series, the MSI GT685 laptop recently went official. This new generation rig comprises of a discrete graphics card, up to 32GB of DDR3 RAM and a dual hard disk architecture combination which is powered by the Intel Core processor family.

Said to be designed around a futuristic star cruiser concept along with various components and elements fitted into its form factor, the MSI GT685 flaunts a metal brush finish over the magnesium-aluminum alloy bodywork. In addition to this, the MSI logo on its front panel lights up to compliment the entire notion. As far as the hardware components go, the gaming rig is equipped with an Intel Core i7 processor that’s clocked at 2GHz, 32GB in DDR3 memory, options of either a 640GB to 1.5TB HHD or an internal Intel SSD and a SteelSeries keyboard. 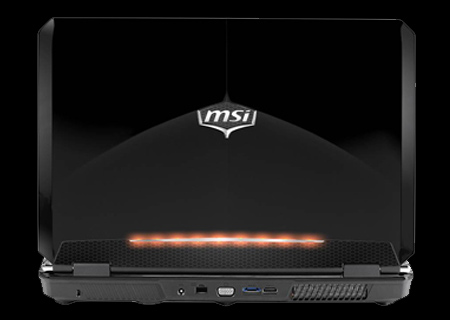 With gaming being its ideal objective, the company has bundled the laptop with the latest Nvidia GeForce GTX 580M GPU that’s backed by 2GB of DDR5 memory, additional 384 CUDA cores and a 256-bit broadband bandwidth for rendering high quality graphics. And to top it all, there’s a 17.3-inch full HD 1920 x 1080p LED-backlit display in its offerings. Well, MSI isn’t done just yet. The technologies incorporated within this machine are the Turbo Drive Engine for a one-touch performance boost and Cooler Boost to cut down internal heat. Weighing around 3.9kgs, the company has fitted all these aforesaid features along with a 7800mAH 9-cell li-ion battery into dimensions of 428mm x 288mm x 55mm.

The MSI GT685 release date and price details are still under wraps and are likely to surface sooner or later.