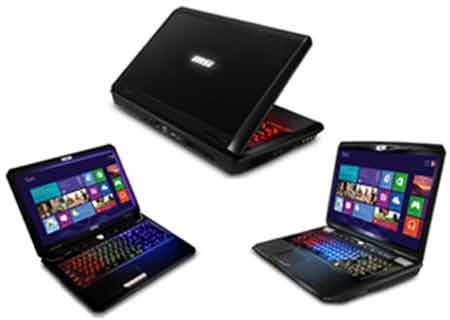 The MSI G Series of laptops which comprises of the GT70, GT60, GE70, GE60 and GX60 have been updated to Windows 8 to deliver an enriched user experience. This lineup includes 17.3- and 15.6-inch notebooks and the manufacturer has announced a few modifications carried out on specific models.

In the CPU compartment, the GE and GT series can be configured with a third generation Intel Core i7 3630QM processor which has a base frequency of 2.4GHz and a turbo clock speed of 3.4GHz, running on the HM77 chipset. These devices are armed with the latest offerings from the Kepler lineup of GeForce video cards that range from the GT 650M up to the GTX 680M with a minimum of 2GB DDR5 memory. Other common features include a SteelSeries gaming keyboard, HDMI 1.4, a 720p HD webcam, a multi-touch trackpad and 750GB of hoarding capacity. 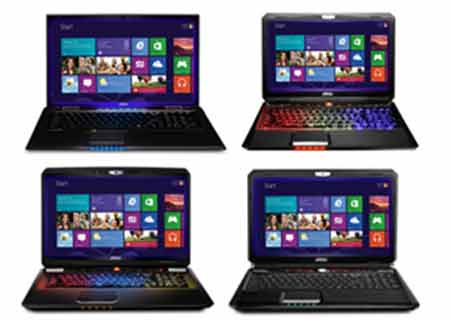 The latter series is equipped with 12GB of DDR3 RAM operating at 1600MHz, a Blu-ray burner, a 7-in-1 card reader, Dynaudio with dual stereo speakers and a 9-cell battery. Specific details for the GE range include a 6-cell battery, 4 stereo speakers, a 5-in-1 memory card slot, a DVD drive and up to 8GB of DDR3 system memory. The GX60 is based on the A70M FCH chipset powered by an AMD A10 processor with a maximum clock speed of 3.2GHz. The GPU category is filled up by an HD Radeon 7970M, while 750GB of HDD storage and 8GB of RAM take care of memory needs.