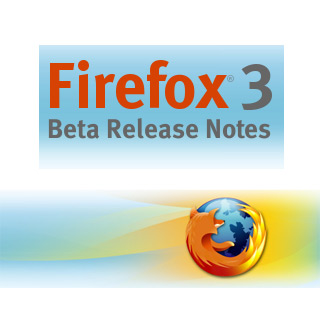 Mozilla has issued the second beta version of Firefox 3.0 that claims to bundle advanced features along with superior performance capabilities.

An improved version of the location bar has been incorporated, which matches against page titles and addresses from local history, bookmarks and tags. In addition, it also includes the reactions regarding security from Beta 1 testers, along with an “effective top-level domain” that makes certain that cookies and other internet content is only visible in a single domain.

Mozilla warned that the released is solely targeted at web developers and the company’s testing community, and NOT for the common web user.

In a statement issued, Mozilla mentioned, “We encourage testers to download and install the Beta 2 release to test it against the Web sites they normally visit, and provide feedback about any incompatibilities.” Adding, “It is intended for testing purposes only.”

The other improvements added in Beta 2 are more easily decipherable security notices along with a password manager that checks to ensure the correct password has been entered before Mozilla saves it. Further on, there is also an automatic check for unsafe plugins, extensions and Java, and anti-virus integration with the new download manager.

The first beta version of Firefox 3.0 was released in November, which offered secure and easy web browsing.