ZTE is reportedly working on a new flagship Windows Phone handset which could go official under the Nubia W5 moniker. As exciting as the news is, the upcoming smartphone will be even beefier than the Lumia 930, carrying the latest hardware available on the market.

So far, Microsoft’s Lumia handsets have been dominating the Windows Phone ecosystem. Nevertheless, new OEMs have been confirmed to launch devices in the coming months. Affordable ones are expect to arrive via Micromax and Xolo in India and HTC is working on a high-end handset that will house its exclusive entertainment features. While there aren’t many details on these devices, the ZTE Nubia W5 has been leaked in great detail. 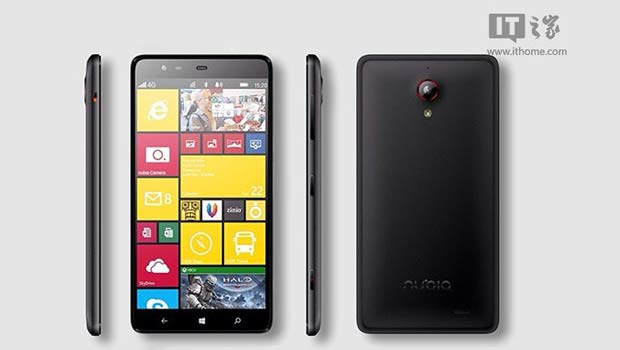 Unwired View is reporting that the phone will have a premium design. As seen in the image above (courtesy of IT Home), it’ll look quite similar to its Android counterparts. The phone is said to house a quad core Snapdragon 801 SOC under the hood accompanied by 3GB of RAM. For storage, there will be 64GB of memory, but no mention has been made of a microSD card slot. Additionally, the phone will sport a large 4500mAh battery and a 13MP snapper with OIS. While the display size hasn’t been revealed, it will clearly be larger than 5 inches, probably around 5.5 to 6 inches with 1080p resolution.

With these specs and features, the ZTE Nubia W5 will definitely earn the top spot in the Windows Phone ecosystem, that’s unless HTC doesn’t do anything about it.

Facebook
Twitter
Pinterest
Linkedin
ReddIt
Tumblr
Flip
Previous articleNokia 225 launched in India for Rs 3,329 with optional dual SIM
Next articleThere was a time the LG G3 mini would have been laughed at for its name