Move along smartphones and smartwaches, LG has come up with a Smart Bulb

The LG Smart Bulb is exactly what it sounds like. It’s a lamp which you can control using your Android or iOS devices. And it’s got some cool features which you can take advantage of as well. So far, it has only been revealed for Korea, and there’s no word on whether or not the company is willing to ship it to other countries in the future.

The LG Smart Bulb is actually a 10W LED bulb which lets you control its illumination and other functions through smartphone apps. It connects to phones via Wi-Fi or Bluetooth, and even lets you set light-based alarms. Furthermore, if you’re getting a call while the LG Smart Bulb is connected, it blinks to let you know about that. 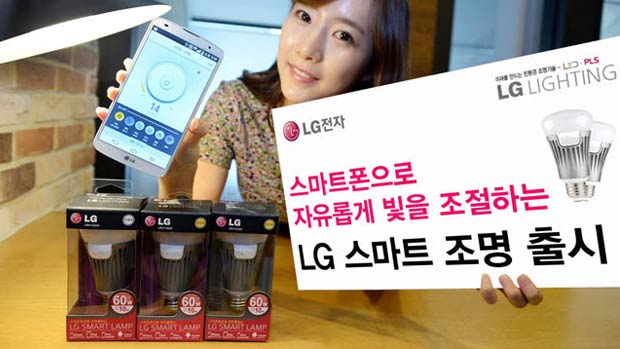 There is even a security mode in this lamp which switches it on when you’re not in the house, so that the thieves are deceived into believing you’re in. Why no one at LG thought that keeping the usual lights switched on while going out is also an option is beyond our understanding.

Moving on, the LG Smart Bulb even comes equipped with a play mode for when you’re listening to music. It’s exclusive to Android devices only at the moment. For those wondering, this lamp requires Android 4.3 and iOS 6 to be installed on your devices at least.

LG claims that the Smart Bulb will last for 10 years if used five hours a day. It has been priced at 35,000 won in Korea which roughly translates to $32.