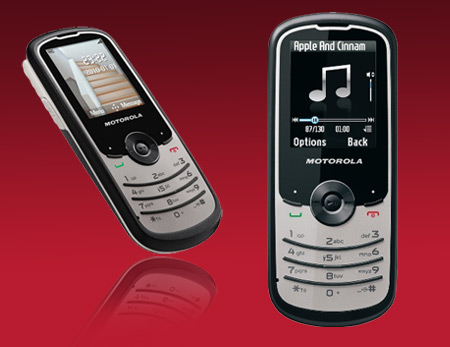 The entry-level segment of the Indian phone arena has witnessed several new players in the last couple of months. We have seen phones emerge with price tags well below 5K and even 2K. Motorola recently unpacked a handful of youth-centric handsets labeled under its MotoYuva Series. These devices talk about affordability and decent features to pep up any collegian who is budget bound. One such device to make its way to our desks is the Motorola MotoYuva WX260. The unit comes across as a simple entry-level phone apt for a novice in the mobile phone space or with a budget as low as Rs. 2000. So, that says it all, we aren’t digging deep to find the best possible features or pulling out a string of flaws that stand rectified in high-end smartphones. Read on our in-depth review to know if the price tag is justified as we scramble up its highs, lows and mids.

Unpacking the Motorola MotoYuva WX260 didn’t come as an option since the phone was delivered in a bag accompanied by the charger. For a phone of its class, Motorola has crafted a decent looking device. The plastic body feels extremely light. However, it poses an all-plastic look. The device would barely add to the ‘weight on pockets.’ Yes! we mean both ways – price and body mass. Lookswise, it sports a mix of gray and black colors. The region surrounding the screen is maintained black while the keypad along with a strip enclosing the black portion bears the gray hue. A shade that blends white and gray draws a rim along the phone’s edges. The rest of the portion shows off black color. The back portion is entirely formed of the backflap which is simpler to take off with a small notch kept on the lower left part. The backside also carries the speakers and is imprinted with Motorola’s logo and model name.

The front side adorns an extremely small 1.7-inch screen. We are sure Motorola could have integrated a little larger one. The low resolution screen is mediocre. The keypad is built of a single sheet. However, the curved rubber linings horizontally separate a set of three keys each. Using the keypad wasn’t a smooth affair. Keying in text gets easier as we get a hang of it but we didn’t see the typical ideology working here. The integrated navigation wheel helped traverse through the Menu. Moreover, it serves as music controls while listening to those peppy tunes. We could also assign shortcuts to the wheel as the right, left, up and down keys can bring in quick access to a function or contact number. This helped us customize the keys for a swifter mobile experience. The device also equips two softkeys just above the ‘call answer’ and ‘call end’ buttons. A dedicated music shortcut lies on the right edge while the left edge houses the headphone jack.

The left and right softkeys are customizable under settings. We could change the function associated with each softkey depending upon our preferences. We could also assign frequently used numbers to them. As aforementioned, the up, down, left and right buttons of the wheel can be customized with specific functions. In fact, other keys can also be assigned a particular function.

The UI has been maintained simple with 12 icons – Games & App, Music Player, File Manager, Directory, Messages, WAP, Profiles, FM Radio, Bluetooth, My Settings, Services and Tools. The Menu display can be tweaked under settings and made simpler with four basic icons namely, My Settings, Call Log, Messages and Directory. This may put off the unnecessary clutter for those who use their phone only for making calls and texting.

We have seen phones at a similar price range that support camera. However, we are more than glad that Motorola decided to ditch one instead on chipping in a low end incapable sensor. Well, this doesn’t mean we wouldn’t appreciate the inclusion of a decent camera. 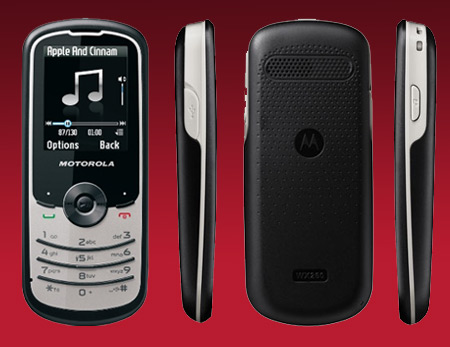 The Motorola MotoYuva WX260 is armed with common tools found in most of the mobile phones these days such as Organizer, Alarm, Calculator, Convertor and Voice Memo. Well, one could also move out of a sticky situation on the pretext of answering a call using the phone’s Fake Call feature. Furthermore, the phone has two basic games – Panda and Chicken. Definitely not cut out for the gamer circuit but they could be playable by those who indulge into gaming once in a while to beat boredom in traffic or long queues.

It was rejuvenating to see the Motorola phone come integrated with a memory card slot that is expandable up to 2GB, especially at the price tag it carries. The WX260 also bundles support for GPRS and WAP browser applications. Well, using Internet on the device proved to be futile. The 1.7-inch screen is too small and doesn’t serve the purpose at all. Also, the device couldn’t successfully open most of the pages.

The music player is basic and it managed to emit loud and satisfactory tunes. However, our unit wasn’t accompanied with earphones so we cannot talk about the music quality using earphones or FM radio with RDS function. Well, this explains the importance of a standard 3.5mm jack that goes missing in the WX260. However, the call quality seemed good. We could hear clearly and so did the person on the other end.

The File manager neatly maintains all audio and image files. It attaches a separate folder called Memory Card. Users can glance at the memory status indicator that displays the amount of vacant space that can be used to store content. We could also transport some images and music files via Bluetooth which was overall a smooth experience. The Li-Ion 750mAh battery proved to be quite efficient and with average usage we did manage to surpass a day.

Motorola has crafted the device extremely light on pockets and in weight.

The compact phone can be highly customized. The navigational keys, softkeys and other keys can be assigned functions and more, depending upon the user’s preference.

For the price tag it carries, the integrated features are decent.

The inclusion of a dedicated music button is appreciable.

The keypad was slightly uncomfortable for our fingertips.

We appreciate that the device comes with support for Internet. However, the Internet support is inefficient.

Music fiends may not be able to use earphones of their choice as the device doesn’t equip a standard 3.5mm jack.

Before we begin, the Motorola MotoYuva WX260 carries a price tag of around Rs. 2000. At this price, the phone seems a decent deal. Some of its missing attributes come across as a hindrance but Motorola has packed in a bunch of quality features (remember the price you are paying). This could possibly make some users overlook the flaws. Moreover, the phone is loaded with an extra pinch of functions for the entry-level category. It has managed to get a rating of 7 on 10 from us.