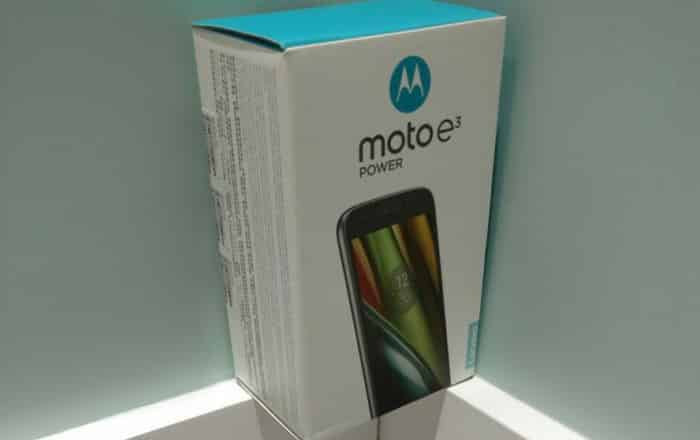 Motorola’s launched a brand new phone dubbed the Moto E3 Power, an upgraded variant of its predecessor which hit the UK back in July this year. The brand hasn’t officially announced the new handset though, with news of its existence coming in through a Hong Kong-based third-party retailer’s site.

As per the listing, the Motorola Moto E3 Power will set interested buyers back by HKD 1098 (approximately $142 or Rs 9500). It features a number of upgraded specs in the battery and memory department while still maintaining the same overall look and affordable price tag as its previous variant.

Diving straight into its features, the new Motorola offering comes across as a standard entry-level offering whose biggest asset is its 3500mAh battery. The device gets things done with the combined power of a 1GHz quad-core MediaTek MTK6735P processor and 2GB of RAM.

Also Read: Moto Z Play spotted out and about in the wild with glass back panel

Users can take advantage of 16GB of internal space for their storage requirements. They can further add up to 128GB of extra room in case they run out of space. As for its photography skills, the phone sports a 8MP rear camera equipped with autofocus abilities and LED flash.

Check out the specifications of the Motorola Moto E3 Power at a glance:

It’s too early to tell whether Motorola will release the Moto E3 Power in other international markets anytime soon. We’ll let you know if and when that happens.