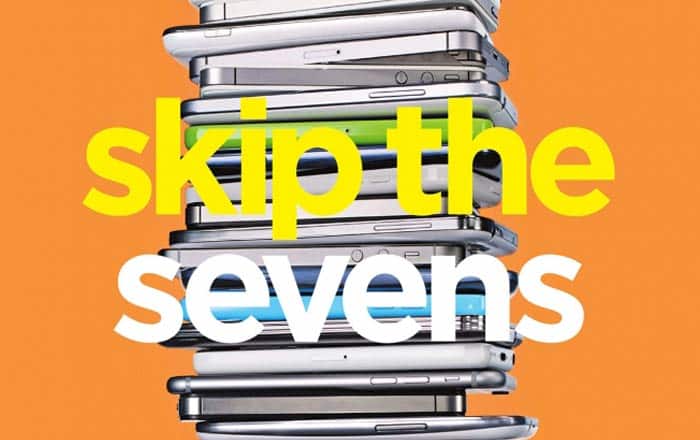 The iPhone 7 and Galaxy Note 7 were supposed to be the main smartphone showdown of the season. Neither is putting up much of a fight though, with the former facing a deluge of criticism for getting rid of the headphone jack and the latter for going up in flames.

Motorola has now stepped in with a brand new campaign to position itself as a worthy competitor to Apple and Samsung. The print ad is an out-and-out scathing attack on the iPhone 7 and Galaxy Note 7, calling for people to ‘Skip The Sevens.’ It’s a clever strategy that may just work in its favor, especially at a time like this when people have to question their loyalty to either brand.

The copy starts out fairly humble, with Motorola admitting that the first-ever iPhone knocked it off its perch when the handset came out 9 years ago. However, the company then points out that the smartphone category has recently been focused on just incremental improvements such as increasing the display size by a few inches or adding more megapixels to the camera.

Moreover, consumers have to wait for years for the next big thing. This is all pretty true of Apple, given the fact that it hasn’t majorly changed the look or fundamental features of its iPhone series in the past 3 years except for a few additions here and there. Samsung is guilty of the same crime as well.

Motorola even admits that it’s been playing the same game as the rest of the industry. All that has apparently stopped now thanks to the launch of the Moto Z with Moto Mods. As the manufacturer puts it, instead of settling for a slightly better camera, individuals could get a Hasselblad mod with 10x optical zoom.

Similarly, rather than opting for small speaker, buyers could go for JBL stereo sound. Motorola then concludes its pitch by snarkily stating that the industry was built on thinking differently but some have forgotten that. It then promises to carry on the torch, ending with the statement ‘Different is better.’

While all this is well and good, the copy fails to point out that buyers will have to spend hundreds of dollars on the Moto Mods. Different may be better, but people might not want to burn a hole in their wallet just to get the freedom to customize. The LG G5 is a prime example of that with its modular abilities which still failed to translate to sales for the handset.

Other than the print ad, Motorola has also released a new video where a supposed focus group is tricked into thinking the Moto Z is actually an iPhone prototype. You can watch it below and decide its authenticity for yourselves.