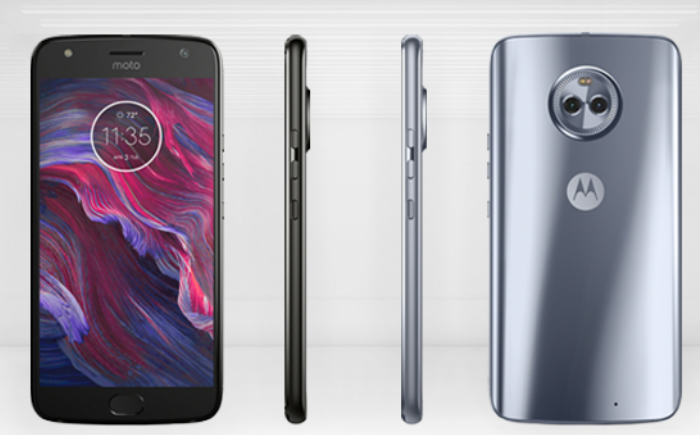 Motorola’s X series is back with a bang after 2 years away with the arrival of the all-new Moto X4. The brand debuted the phone at the IFA 2017, revealing a stylish-looking smartphone with contoured Gorilla Glass on the front and back and dual cameras housed within a striking enclosure.

Motorola’s doubling down on photography with the Moto X4, furnishing it with a 12MP Dual Autofocus Pixel lens and 8MP 120-degree wide-angle lens combination. The pair can use its collective power to bring about bokeh effects, selectively color black-and-white snaps, and replace the background of a shot.

Owners of the Moto X4 will soon have access to a new Landmark Detection tool via a software update. It can scan their environment and tell them more about an object of interest. The phone is also capable of casting its eyes at a business card and adding the info to contacts.

There’s also a 16MP front-facing snapper blessed with LED flash, a Panoramic Selfie mode to get more people into a shot, and an adaptive low light mode which increases the pixel size at the cost of reducing the resolution to 4MP. Motorola’s added a Face Filter feature to add animations on top of videos and images.

The Moto X4 gets a certain degree of protection from dust and water thanks to its IP68 rating. However, liquid damage isn’t covered under warranty, so it would be best not to expose it to pressurized water or non-fresh water liquids. Fans of Alexa will be happy to know the virtual assistant comes in-built with the handset.