Motorola has officially launched the second generation Moto E smartphone in India and it’s continuing its tradition of giving Flipkart exclusive rights to sell the device in the country. The company notes that the phone will be available from March 11 at mid-night and will carry a price tag of Rs 6999.

The 2015 edition of the Motorola Moto E comes in two different models. The HSPA 3G version will be available starting tomorrow, while the 4G LTE option will arrive in the coming months. The difference between the two devices is that the former has a Snapdragon 200 SOC, while the latter sports a 64-bit Snapdragon 410 chip. 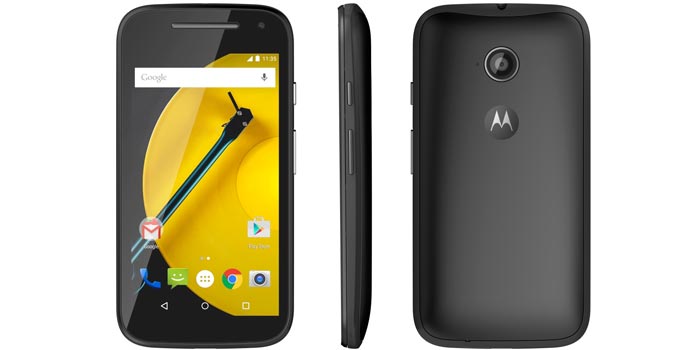 The 4G variant will of course have a performance advantage over the 3G option, aside from delivering LTE connectivity. The remaining features are identical for both Motorola handsets. The company notes that the phone will run Lollipop out of the box and offer a pure Android experience with the exception of a few pre-loaded apps.

Also read: Motorola Moto Turbo is what the Moto Maxx will be called in India, preorders open

Compared to last year’s model, the latest Moto E has a larger display of 4.5 inches, but the same qHD 960 x 540 pixel resolution. The processor is clocked at 1.2GHz and accompanied by 1GB RAM and 8GB storage. The rear camera is upgraded with autofocus support, yet no LED flash and there’s a VGA shooter on the front too. One of the main highlights of the phone is its battery which is rated at 2390mAh.

The Motorola Moto E second generation model will be available in black and white options and the company will be offering 6 bands as well as 5 grip shells of different colors.