As you probably know, Flipkart is holding a 3-day Big App Shopping Days sale till March 25 with some nice discounts and offers, one of them being a sweet Rs 2000 price cut on the Motorola Moto G second gen smartphone. This brings its retail tag down to just Rs 10999 from Rs 12999.

Like its predecessor, the new Motorola Moto G smartphone is also considered as the best budget option on the market. The phone was launched with Android KitKat and has already been bumped to Lollipop with another update expected soon to give it the latest enhancements from version 5.1. 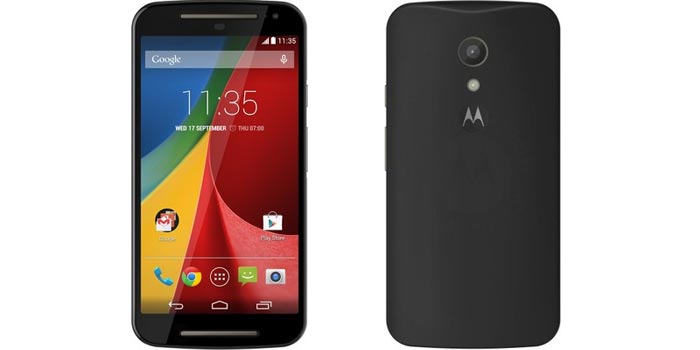 The new Moto G smartphone is a small upgrade over the first generation model. It has a larger display of 5 inches with the same 720p HD IPS LCD panel. The processor has also remained untouched with a 1.2GHz quad core Snapdragon 400 chip doing the heavy lifting.

Also read: Xiaomi might soon be shivering in its pants

Flipkart has a bunch of offers that it’s bundling with the Motorola smartphone. Not only will you get free delivery with optional one-day shipping at a cost, but also an extra 10% off if you use an Axis bank debit or credit card. Then there’s free 1GB of monthly data from Airtel for two whole months, and more.

Just so you know; you’ll have to purchase the Motorola Moto G 2014 smartphone through the Flipkart mobile application to avail of the discount. The retail tag is still the same on the desktop website and will revert back to the original Rs 12999 on mobile after the sale ends on March 25.