Motorola’s Moto 360 could come in small and large variants

The Moto 360 smartwatch from Motorola is up for a refresh, and it looks like the company is ready with one. Regulatory documents for the device have been filed with Brazil’s Anatel telecommunications agency, and they have gone on to suggest that it will arrive in the form of two size options.

This is a strategy identical to that of the Apple Watch which ships in the form of 38mm and 42mm designs. If indeed true, the new devices will be called the Moto 360S and the Moto 360L, with the alphabets in their names signifying whether they are small or large.

The exact sizes that this Motorola smartwatch will come in are still unknown. It is indeed true that the Android Wear gadget looked quite big on the wrists of those with small arms. It’s this that has perhaps forced its maker to go with two different sizes this time around. 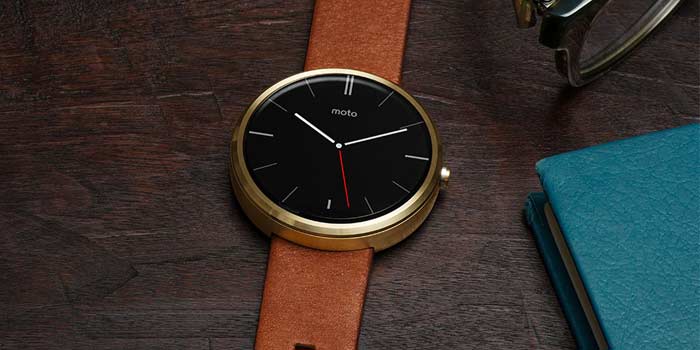 The listings on the website of the Anatel telecommunications agency (via Engadget) have unfortunately revealed only this much of information. However, it was not too long ago when a video believed to be of the second-gen Moto 360 was accidentally posted by its maker on its official Twitter account, before being quickly taken down.

A mirror video of it still exists, and can be spotted in the space down below courtesy of Android Police. What’s interesting is that Motorola has apparently chosen to retain the display design of the earlier smartwatch. This prevents the watch’s panel from being completely circular, as there’s a patch at the bottom where its ambient light sensor sits.

The next-gen Motorola Moto 360 is expected to be unveiled during the IFA event next month in Berlin. Stay tuned till then.