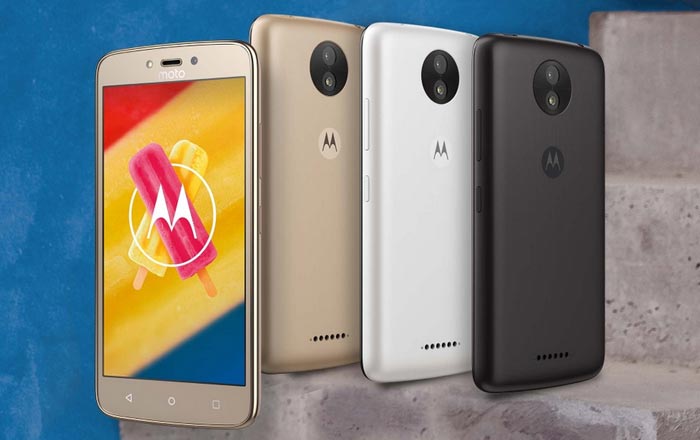 Motorola’s Moto C Plus has officially landed in India, making its way to the country as the latest affordable offering from the Lenovo-owned brand. At Rs 6999, the handset sits squarely between the Moto C and Moto E4.

To recall, the Moto C and Moto C Plus hit the scene together back in May this year, with Motorola hoping to appeal to first-time smartphone buyers with a mix of style and substance. The former has already arrived in India priced at Rs 5999.

For Rs 1000 more, interested Moto C Plus buyers will get a higher-resolution 5-inch HD screen, 8MP autofocus rear camera, and much bigger 4000mAh battery. The powerhouse is one of the device’s biggest highlights, with the company asserting that it can last for up to 30 hours in one go.

Another top USP is the fact that the Motorola offering runs on a near-stock version of Android 7.0 Nougat. Most of its entry-level rivals like the Xiaomi Redmi 4 still run on Marshmallow. The firm hasn’t said anything about an Android O upgrade yet, so we’ll have to wait and see how that shakes out.

Take a look at the Moto C Plus’ specifications:

The Moto C Plus is set to be sold exclusively via Flipkart starting from June 20 in a limited period sale at 12 pm. Launch offers include an extra 20% off on Flipkart Fashion for Myntra shoppers, a Motorola Pulse Max headset at Rs 749, and up to 30GB of additional 4G data for Reliance Jio Prime users.