3rd gen Moto G from Motorola gets listed on Flipkart

In a few months from now, we expect to see a new Motorola flagship smartphone and also a successor to the 2014 Moto G. Well, online retailer Flipkart may have just confirmed the existence of the latter handset by listing the device on its website.

The page clearly reads Motorola Moto G 3rd gen and it even has the model number AP3560AD1K8 mentioned below. Sadly, it doesn’t say much about the device apart from revealing that there will be 8GB of internal memory.

There’s a good chance that the listing could just be a mistake. But then again, Flipkart is the exclusive seller of Motorola devices in India and it would definitely know about upcoming products. Rumors on the handset have been around for awhile and claim to have information on the device as well. 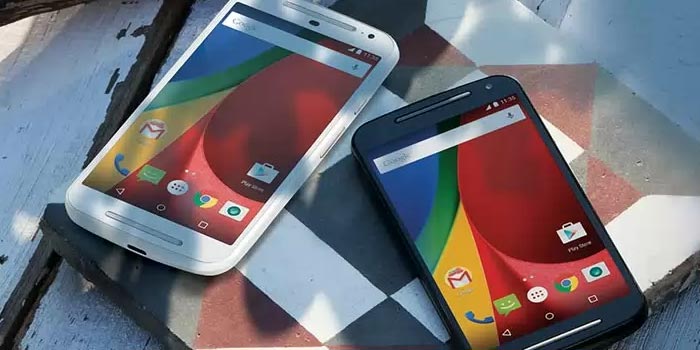 Gadgetraid is reporting that the phone might come with a Snapdragon 610 SOC clocked at 1.7GHz and a 1080p display of 5 or 5.2 inches. The handset will most like offer 2GB RAM and 4G LTE connectivity as well. What doesn’t fit is why would Motorola offer just 8GB of storage when the current model has 16GB?

The company isn’t likely to downgrade the phone’s specs. Or maybe, there could be multiple versions based on storage and connectivity. If the company plans to stick to its annual launch strategy, then the third generation Moto G should arrive sometime in September, around the same time the next flagship Moto X phone is also expected.

The Flipkart listing of the Motorola Moto G 3rd gen was recently pulled, but a cached copy is still available over here.

Facebook
Twitter
Pinterest
Linkedin
ReddIt
Tumblr
Flip
Previous articleMeizu has something to reveal on May 18 in India, takes a shot at Xiaomi too
Next articleBlackBerry Leap now comes in white, but only in the US and Canada