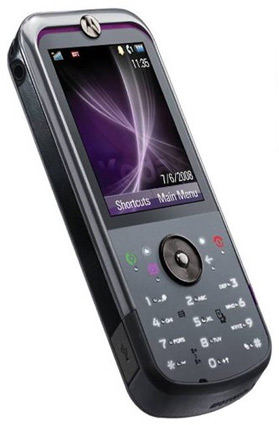 Motorola has announced to release ZINE ZN5 phone in China. The latest phone is an outcome of Motorola and Kodak partnership. The ZN5 phone features Motorola’s ModeShift Technology and Kodak Imaging Technology. A 5-megapixel autofocus camera with a Xenon flash is a key feature of the new handset.

Kodak’s Imaging Technology and Prefer Touch Technology make images brighter and more vivid on the spot, claims Motorola. The phone also features Multiple capture modes, like multi-shot and panorama that automatically stitches continuous shots taken on the horizon line and make it as a single image.

Furthermore, users can upload and share their images directly through the phone on Kodak Gallery, Facebook and other social networks. Moreover, the ZINE ZN5 phone boasts built-in Wi-Fi and a full HTML browser. The phone further supports microSD card of up to 4 GB.

“Today’s creative consumers not only want to be the photographer, but also the retoucher, the exhibitor and the critic,” said Jeremy Dale, corporate vice president, mobile devices marketing, Motorola. “The MOTOZINE ZN5 lets them be all the things they want to be.”

The Motorola ZN5 is the first phone that belongs to MOTOZINE family. The handset will initially be shipped in China in July 2008.