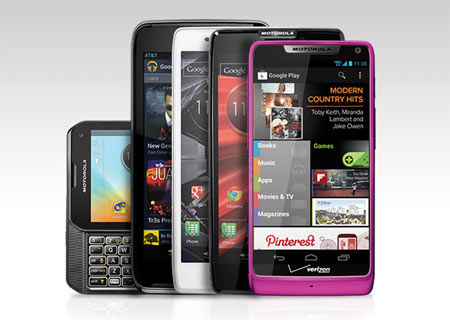 Rumors of the Motorola X Phone are still making waves, as the device remains highly speculated. Now the latest little bit of gossip surrounding the handset brings us its purported specs. And since none of this can be officially substantiated, it must be taken, as they say, with a grain of salt.

Keeping the hardware specs of the rumored Motorola X Phone aside for a moment, it is now expected to have shatterproof sapphire glass, which is supposedly three times more difficult to crack than Gorilla Glass. Continuing along with the build quality, it is thought the gadget will have rubber bumpers on its edges to make it even harder to wantonly destroy, while the back is to be made of carbon fiber, reinforcing its tough stance.

Now let us get to a few aspects that the device is supposed to bring to the table. It is to have a 4.8-inch screen, according to the current rumor. This should be accompanied on the inside by a 2GHz Qualcomm Snapdragon 800 processor and a 4,000mAh battery, which is said to provide ‘all day power.’ There has been no talk of certain other features such as the internal capacity or what variants we might expect. And nothing has been revealed in terms of the RAM capacity either.

This information comes by way of an anonymous source who tipped off the folks over at Phone Arena. Even a release date for sometime this November has been pinned down, but there is no mention of the handset being highly customizable, something that an earlier rumor pointed to.

In addition to all this, it is also supposed to be water resistant. In that respect, it should go up against the Sony Xperia Z which we just saw receive its first software update for Europe. This is possibly aimed at fixing instances of sudden death which were reported in a few handsets, much to the frustration of owners.

Whether or not the Motorola X Phone is really in production, or whether it is just a codename for something else or even a bunch of other devices, is still unknown. And with a recent device leak stressing the fact that it was not the handset in question, all we can do is wait for something more official to come our way.