Along with a new Moto X flagship, Motorola is also said to be working on other high-end devices which will be headed to Verizon. The phones have been leaked under the model numbers XT1587 or XT1097 and XT1685. Both handsets will have 2K displays and will most likely fall under the Droid series on Big Red.

According to leaked information, the two devices are already under testing at the carrier. The Motorola XT1578 or XT1097 goes by the codename Clark and it’s probably a redesigned version of the upcoming third generation Moto X for Verizon.

There’s also the possibility of the Motorola phone being the successor to the Droid Turbo. A leakster has revealed via Reddit that this handset will run Android 5.1.1 Lollipop and features a 5.25-inch QHD display of 2560 x 1440 pixels. And the pixel density is said to be around 560ppi. 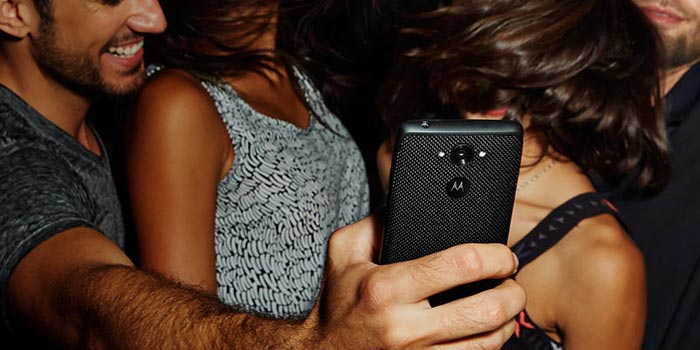 Additionally, the Snapdragon 808 hexa core processor will be employed for the heavy lifting. Our second smartphone is the XT1585 which will also have a 2K display. However, the screen size here will be a mere 4.6 inches. QHD resolution with a 640ppi density on a panel so small is overkill in our opinion and there aren’t many advantages from it either.

What’s also surprising is that Motorola plans to use the Snapdragon 810 SOC in this handset. This chipset offers an octa core configuration and is beefier than the Snapdragon 808. Normally, a faster chip would have been used for the bigger smartphone, but that isn’t going to be the case. Android 5.1.1 Lollipop will be preloaded here as well.

Considering that both, Motorola XT1587/XT1097 and XT1685 smartphones will be part of the Droid lineup on Verizon, you can expect them to offer rugged builds as any other handset in the series would.