Motorola made a re-entry into India earlier this year, and altered the country’s smartphone market in a huge way. The Lenovo-owned company has now revealed that it’s planning to infuse the nation with a range of 4G-capable smartphones in 2015 for consumers to be able to take advantage of the super-fast connectivity standard which will be rolled out by then.

No particular device has been named by the manufacturer, but the president and chief operating officer of Motorola, Rick Osterloh has indeed mentioned to The Economic Times that the company is going to be ‘very aggressive’ in the 4G value proposition for end users next year. He is also hoping for the firm to be able to achieve the number one spot in India. 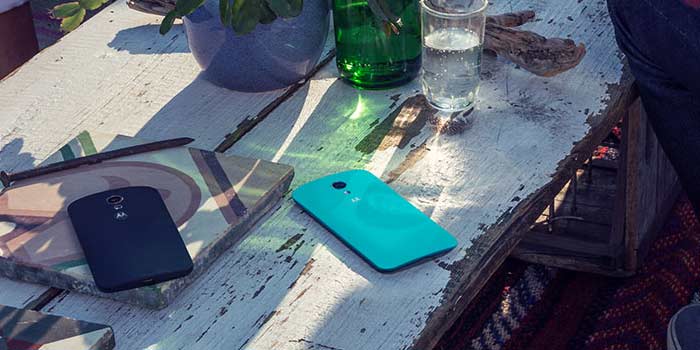 Following its $2.91 billion acquisition by Lenovo which was completed earlier this year, Motorola is partly the third-largest smartphone manufacturer in the world. It now has an aim to improve its standing furthermore worldwide as well as in India where it’s facing tough competition from the likes of Samsung, Micromax and Xiaomi. Osterloh has cited that the market leaders in the smartphone industry are ‘faltering a bit’ at the moment, which is why Motorola is viewing this to be a ‘very good chance to become the leader’ globally.

Motorola made a comeback in India by releasing the Moto G smartphone early this year, and followed this launch up with that of the Moto X. While the former proved to be a game-changer in the mid-range segment, the latter didn’t quite impress the Indian audience. But then came the Moto E smartphone which brought further success for the company. A few months back, it released successors to the Moto G and the Moto X, while a successor the Moto E is currently rumored to be in the works.

Motorola’s push into the 4G space is a obvious one, and this also means that other smartphone makers too will be forced to release devices bearing support for this technology from next year onwards.