If you were under the impression that getting the first gen Moto X now would be a good idea since you know, its successor is out and the original will be cheaper, you might want to rethink your plan. Motorola has smartly started phasing out the 2013 flagship and is recommending that you go for the new release instead.

Droid-Life points out that you can no longer purchase the Motorola Moto X first generation from the company’s website and the phone isn’t available from the Moto Maker app either. The handset is, however, still available for purchase through carriers and on e-commerce websites such as Amazon and Best Buy. 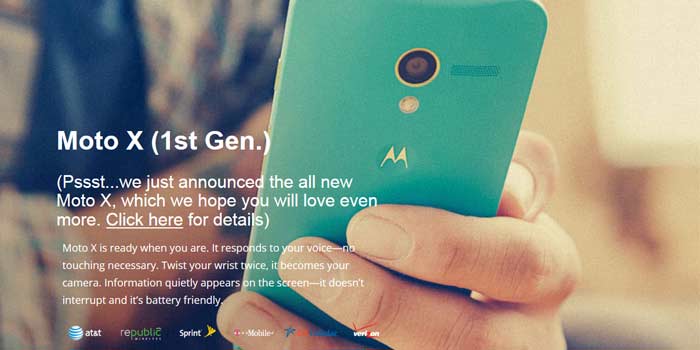 The subsidized version is priced at just $1 with 2-year contracts on Sprint, Verizon and AT&T, while the unlocked model will set you back by $259.89 and above. On the downside, you won’t be able to customize these phone and will have to choose between black and white options.

We already knew that Motorola will soon stop selling the 2013 flagship, but we didn’t expect it to happen so soon. There are many reasons to consider the new release, the upgraded hardware being the main selling point. The phone offers double the performance and enhanced software features as well. 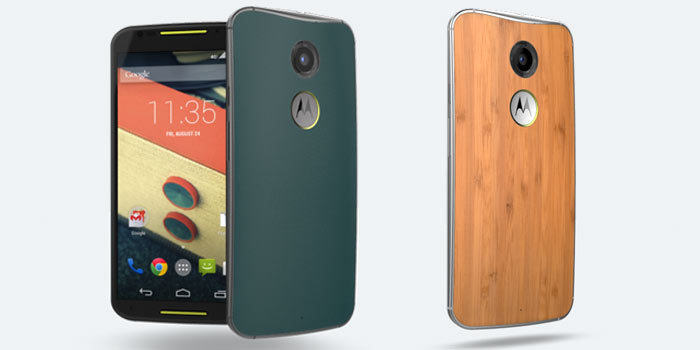 If you’ve got a change of mind and looking to buy the second generation Motorola Moto X instead, head over to this link to start customizing.