Motorola’s reentry into India has proven to be quite successful with a total of 3 million smartphones being sold. And it managed to accomplish this is just 10 months and that too by only offering its devices via its exclusive online partner, Flipkart.

It was back in July that the company announced its first accomplishment where it sold 1 million handsets in just 5 months. At that time, the company only had the first generation Motorola Moto X, Moto G and Moto E smartphones to offer. The latest milestone of 3 million is a combined sales figure of the said devices and even the 2014 Moto G and Moto X handsets as well as the Moto 360 smartwatch. 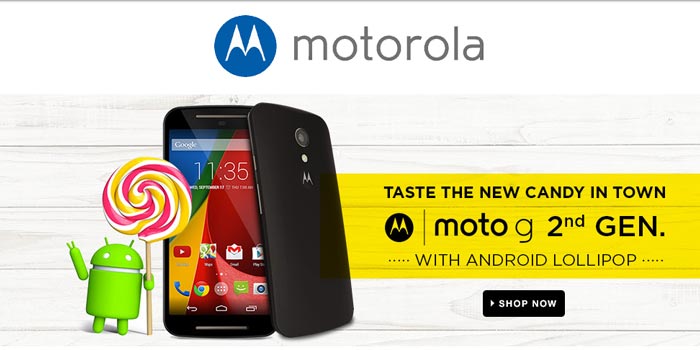 So basically, Motorola managed to double its sales output during the last five months of the said timeframe. Flipkart’s vice president of retail, Michael Adnani, revealed this information at a press conference and the company’s general manager for India, Amit Boni, further stated that they plan to set up ‘customer experience zones’ across the country.

This will bring the Lenovo-owned brand to the offline space in India and the first exclusive Motorola zone will go live in Bangalore followed by other metros in the near future. This by no way means that the company will start selling its phones through local or even its own retail stores, but that is a possibility for the future.

Also read: Motorola will give you up to $140 off on purchases made through its online store

In other news, the OEM is working on a new version of the Moto G handset and a successor to last year’s super affordable Moto E. The new phones have been extensively leaked with images and specs making their way online.

Motorola held buy-back and exchange offers for its smartphones last week and with Valentine’s Day around the corner, there’s a good change that a new promo will show up.