So Motorola will be present at the MWC 2014 and the company will also be hosting an event on February 25 which is the same day that Samsung has scheduled its Unpacked Episode 1. The company has started sending out invites, but hasn’t provided any hint as to what it plans on unveiling at the expo.

Instead of new devices, we’re more likely to see Motorola talk about the recent Lenovo acquisition. CNET notes that CEO Dennis Woodside will provide an ‘update on the business,’ as printed on the invite. So, the chances of seeing a new smartphone, tablet or wearable device at the expo is highly unlikely. 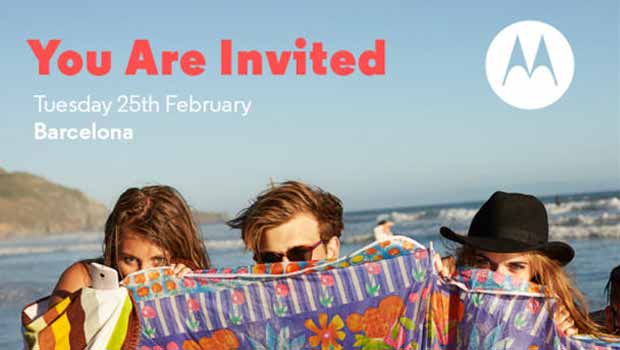 Motorola is rumored to be working on various new devices. We’ve already seen the 6.3-inch Xplay phablet leak out a couple of times and there are even rumors of a Droid Quantum which will be the successor to the Droid Ultra. No concrete information has been leaked and both handsets could be in early development. So what does Motorola have planned for 2014?

According to the information found by GforGamers, a successor to the Moto X has already been designed and the company’s 2015 lineup has been finalized. There’s no telling if the new flagship smartphone will arrive this year itself, but in 2015, a 6-inch phablet which could be the Xplay and a smartwatch are rumored to be part of the lineup. Last month, CEO Dennis Woodside hinted that Motorola is also working on a $50 smartphone.

Motorola’s February 25 press event will most likely be business related, but there’s still a slight possibility that the company may show off a new device. Other OEMs including Nokia and Sony will be hosting their MWC 2014 events a day before.