When Motorola said that more devices would be getting Lollipop really soon, it wasn’t kidding as a soak test for the Moto E smartphone is now said to underway. The company has started sending out invites to users, but only in India for now, which means that handsets in the country could be the first to get Google’s latest OS.

STJS Gadgets initially reported about the Android 5.0 Lollipop soak test invites being rolled out for the Motorola Moto E and it also has an email from the company has proof. And some users on XDA forums are stating that they’ve successfully signed up to take the OS for a test run. The test firmware isn’t available as yet and it should arrive in the coming days. 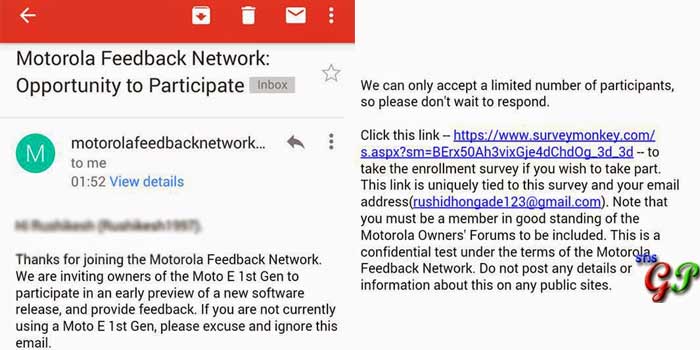 This would mean that the final release should take not more than a week to start rolling out. As you probably know, the Moto E is the company’s cheapest smartphone and also quite popular in India. The handset offers basic specs with a pure Android experience much like most other devices from the OEM.

The screenshot above shows the invite email and as you can see, it explicitly mentions Moto E 1st gen. This actually confirms that there’s a successor in the works. In fact, we’ve already seen what the handset looks like and also know quite a bit about what hardware it’ll carry. You can find all the details through this link. 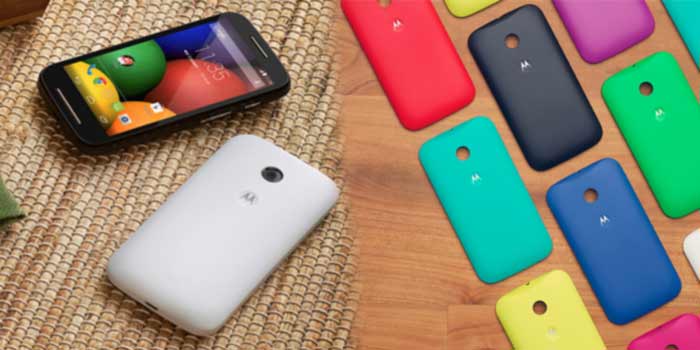 We’ll keep you updated as and when the final Android Lollipop update for the Motorola Moto E starts rolling out.