Motorola says it can do better than the Moto G, hints at $50 smartphone

Motorola’s Moto G handset has been well-received by many around the globe for its gorgeous design and affordable price tag. While it’s certainly a good deal at $179, an even cheaper model could be in the works for future release. This possibility was recently hinted by the company’s CEO.

While speaking with TrustedReviews, Dennis Woodside discussed the need for a smartphone below the $179 price point. He went on to say that the amount is quite a large one in many countries and that the company is looking to deliver more affordable products. Woodside also believes that devices can be delivered for just $50 and hints at a phone in the works by disclosing the company’s interest in achieving that goal. 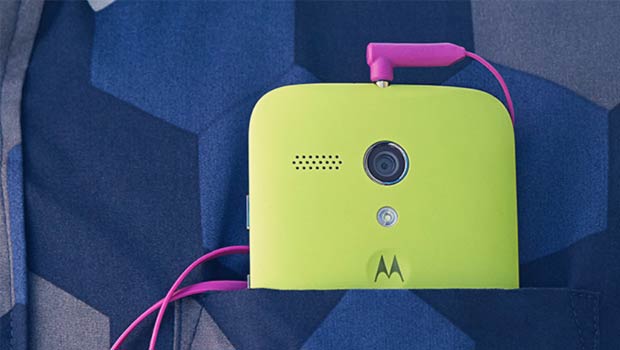 Apart from this, no specifics about a $50 smartphone were disclosed. The report states that the company also plans to provide improved customization options. The Motorola Moto G was been quiet a success. The handset falls in the mid-range segment and it delivers a 4.5-inch 720p HD display, a 1.2GHz quad core Snapdragon processor, a 5MP camera, Android 4.4 KitKat and a lot more for a $179 off-contract price.

Motorola is rumored to be working on a successor to the Droid Ultra and also a phablet called the Xplay. While absolutely no details have been leaked about the former, the latter will carry a 6.3-inch display, putting it in the same category as the Xperia Z Ultra, the Galaxy Mega, the Lumia 1520 and the One Max. The company is also developing the Project Ara modular smartphone. More details here.

There’s no word on when Motorola will show off it’s new lineup of devices, but it’s worth anticipating new reveals from the Google company at the MWC 2014.