The most recent announcement from Motorola is the launch of the company’s new Long Term Evolution (LTE) trial network in the UK. The company recently released the LTE trial network along with the testing lab in Swindon, UK. The company demonstrated a live over the air LTE call in addition to streaming high-speed data services to test the LTE network.

Operating in the 2.6GHZ spectrum, the Motorola LTE network structure was released along with a prototype LTE device. Operators can now take advantage of the LTE network to engage in LTE technology field trials. The UK site will also allow operators to carry out detailed real-world equipment testing. The company also offers to host core elements for operators in EMEA who need a hosted LTE trial.

“Motorola is at the forefront of 4G development which will address the mobility demands of today’s consumers who are looking for personalized media experiences and operators looking to lower their cost per bit and gain a competitive advantage,” remarked Joe Cozzolino, senior vice president and general manager, Motorola Home & Networks Mobility, EMEA & Asia Pacific.

He further mentioned, “With our latest trial network we look forward to working closely with our customers in EMEA as they transition to LTE during 2009 and beyond.”

With complete support from Motorola services, the trial activity of the novel network will also give operators access to Motorola’s expert advice in deployment and optimization of OFDM-based mobile broadband networks. Equipped with these services, operators will also get help to develop 4G migration strategies.

Currently Motorola engineers are working on the radio frequency of the LTE network. They are also in the process of developing the self organizing network (SON). Motorola also revealed that it will release products for the 700MHz and 2.6GHz spectrum bands along with the LTE solutions.

The Motorola LTE network live in a mobile environment is all set to mark its presence at the Mobile World Congress 2009. Motorola also plans to release LTE solutions later this year. 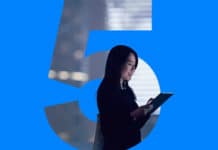