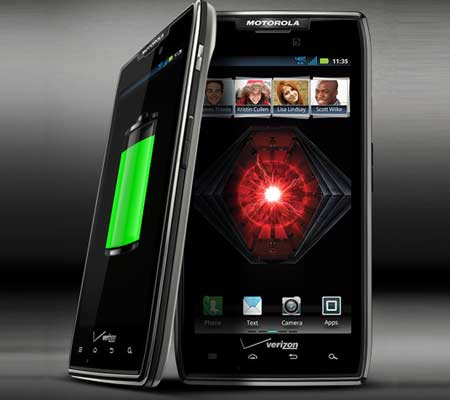 The Motorola Razr Maxx, which is apparently ‘the longest-lasting smartphone on the block,’ has come to India and some other countries like Singapore, Thailand, Malaysia and Indonesia, with the Razr V in tow. While the former is slated to be made available in India starting tomorrow, the latter will only make its debut in the third quarter of 2012.

The key highlight of Razr Maxx is believed to be the long battery life, as it claims to provide talk time of about 17.6 hours at a stretch. It adheres to the form factor adopted by the smartphones which belong to the Razr family and flaunts a Corning Gorilla glass-reinforced, 4.3-inch Super AMOLED Advanced touchscreen display on its 8.3mm thick chassis. An 8MP camera graces the rear panel and its front-mounted webcam can be employed for the purpose of making video calls. Additionally, it ships with the Gingerbread platform but the company will be releasing an over-the-air ICS update in the future.

“Razr is synonymous with design excellence and both Motorola Razr Maxx and Motorola Razr V reflect that. With its fantastic battery, Motorola Razr Maxx is in a class of its own. Not only do you get everything you love about the Motorola Razr, but now you get the power to last through marathon calls, hours of surfing the Web, or streaming movies. You’ll drop long before this phone ever does. With Motorola Razr V, we’ve created the perfect smartphone for stylish, smart and tech-savvy consumers who want great looks, great performance and great value,” commented Robert van Tilburg, senior regional sales director, South Asia, Motorola Mobility. 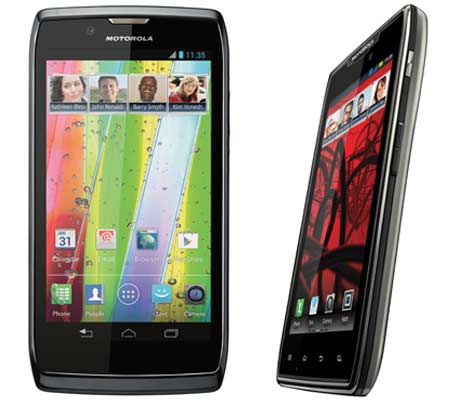 The Motorola Razr V measures not more than 8.35mm in thickness and utilizes the ColorBoost display technology to project enhanced visuals. Drenched in shades like charcoal, glacier white and rebel pink, this Android 4.0 based handset gets steam from a 1.2GHz dual core processor. And similar to all other Motorola phones, it has been pre-loaded with Smart Actions too. This tool assists users with managing their device in order to cut back on the battery usage.

The Motorola Razr Maxx price and release date in India are Rs. 31,590 and June 21, respectively. The price of the Razr V has been kept under wraps and as mentioned above, it will hit store shelves in Q3 2012.