Motorola has already made a name for itself in the smartphone world with its ShatterShield screen, claiming that the toughened-up panel won’t splinter into a million pieces when dropped. As it turns out, the company might have an even bigger innovation up its sleeve; one that comes straight out of a sci-fi novel.

The USPTO recently published a patent filed by Motorola in February 2016. The document describes an electronic device which includes a fascia manufactured from a shape memory polymer. In layman’s terms, the brand talks about a phone that would locate cracks on its display and apply heat to heal the rift.

This healing process might be automatic or triggered by an app, as evidenced by a ‘Repair’ icon seen in Motorola’s drawing above. The shape memory polymer material is key to this procedure, since it’s able to mend itself to reverse at least a part of that damage. It can notably be layered over an LCD or LED panel with a capacitive touch sensor. 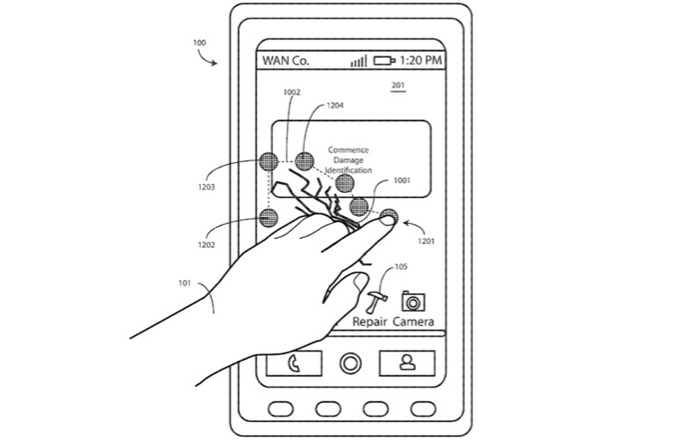 The Moto handset could either use its own heat or an external source of heat like a person to repair its wounds. It’s a pretty far-out concept and there’s no evidence that Motorola is seriously thinking about developing the idea beyond the patent stage.

While no one can deny a self-healing display is a solid idea, there are some disadvantages to this particular approach. First of all, polymer might feel cheap compared to glass. Secondly, the method appears to be a bit limited and may not be able to reverse the damage completely.

In that light, such a product might be better suited for minor cracks and rugged or kids devices. We’ll keep you updated if and when a future Moto Force handset can magically cure itself of fractures.