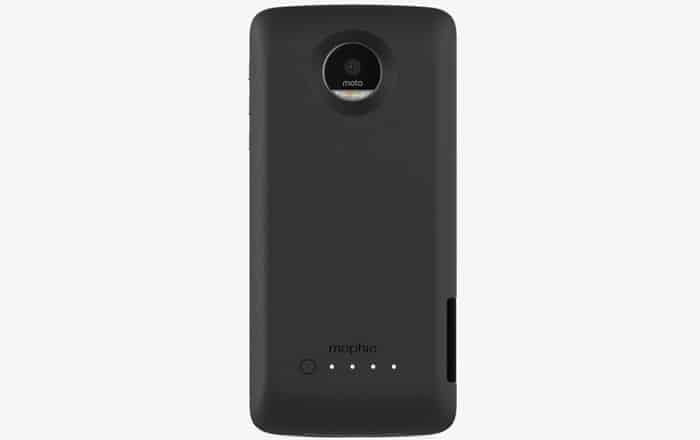 Motorola’s going full steam ahead with its mission to fully embrace modular technology, launching two new Moto Mods dubbed the Mophie Juice Pack and Incipio Car Dock. Other than the two fresh additions, the brand is also planning to launch a whole slew of accessories in 2017.

As can be guessed by its name, the Mophie Juice Pack acts as a 3000mAh battery booster. It apparently provides 60% of additional power. It further comes with a USB Type-C port for 15W fast charging and an LED light indicator to let users know fuel levels and charge status.

One of the Moto Mod’s primary appeals is its lightweight form factor, allowing it to be carried around and snapped on easily. Like its brethren, the accessory is only compatible with the Moto Z series of phones. It’s now up for sale via Verizon priced at $79.99 only.

The carrier is notably offering a 50% discount to anyone who buys a Moto Mod along with the Moto Z Droid, Moto Z Force Droid, or Moto Z Play Droid. The $64.99 Incipio Car Dock’s availability is less certain, with Motorola simply stating that it’ll be sold in the very near future.

Incipio’s Moto Mod acts as a portable mount which allows the Moto Z to be attached to a car’s audio system via a 3.5mm port, a component which the handset itself lacks. It also charges the phone and automatically launches Android Auto when docked. Buyers can clip it to their vehicle’s air conditioning vent and position it horizontally or vertically.

Motorola plans to out 4 new Moto Mods per quarter starting from 2017. It’s also looking to generate interest by launching an Indiegogo campaign for developers to submit ideas.