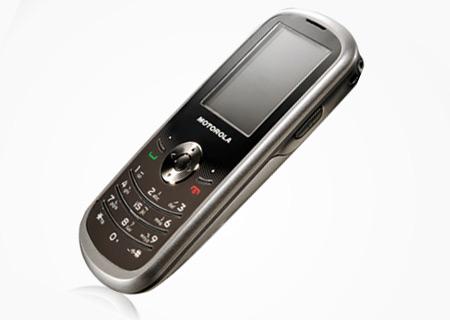 It is common knowledge that no two humans have the same fingerprints or DNA. Well, with the advancements in technology it shouldn’t surprise us that the needs and wants of two human beings too cannot be generalized. If we observe something as simple as what individuals look for in mobile phones there is a wide difference of opinion regarding the features and price. One might be looking for a high-end smartphone whereas another could desire a music centric device. On the other hand, a third set of people require something extremely basic with neither of the advanced functions. Catering to such a wide variety of requirements, handset manufacturers have sure managed to populate the market with phones for both ends of the spectrum. Take Motorola for example, the company has launched smartphones like the Milestone and Droid whilst offering the entry level market an entire MotoYuva series. One such device from the MotoYuva lineup, the WX290, made it to our review labs ready to be inspected.

At the very first instance the WX290 phone fell from our expectations since instead of lying in a fancy bassinet, it was supplied simply in a plastic bag with just a charger. Thereon, we attune our mindsets to that of someone who simply wanted a phone for the purpose of communication. Form fitted in a run-of-the-mill candybar design, this Motorola phone has been painted with a uniform black hue on the front panel and a silvery gray robe cloaked on the back. Minuscule circular impressions on the rear augmented the grip of the handset. It integrated a 1.8 inch 65k TFT display supplying us with a resolution of 128 x 160 pixels. The handset is fitted with a simple alpha-numeric keypad and a five way navigation pad. However, the routing tool was pretty stubborn as the key was difficult to use owing to its stiffness. On assessing several others of its brethren we noticed that there is barely any independent aura surrounding either of them leaving aside a few tweaks here and there.

This one too wastes a lot of space around the screen in the face of a broad bezel. The screen proffers a basic view of the homescreen with Menu and Radio displayed on the lower right and left hand side corners. We moved ahead to explore all that was housed in the menu. An array of twelve icons were displayed standing up for functions such as Camera, FM Radio, Services, My Settings, Profiles, WAP, Bluetooth, and Directory among the other usual ones. We zeroed in on the phonebook, unearthing its effortless usability by entering contacts through ‘options’ into the handset which was capable of storing up to 800 entries. The SIM and phone contacts were distinctly showcased, whereas incoming calls flashed up with their call group details. Concurrently, we continued assessing the voice clarity and reception quality. Both of these were pristine and endowed us with seamless communication. 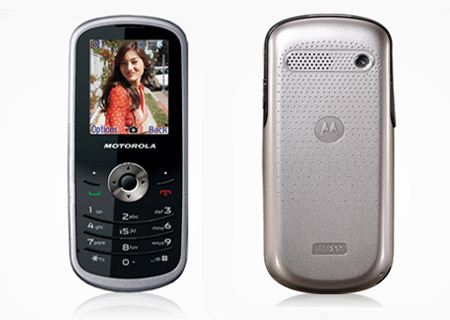 Subsequently we moved on to evaluate its messaging prowess, as that is a key function desired by most handset owners. It’s necessary to give a passing reference pertaining to the keypad whilst we are on the topic of texting. As mentioned earlier the navigation tool was quite tough to handle, but the rest of the numeric keypad complied with our fingers efficiently. It supported both MMS and SMS, whilst proffering phone memory of up to 500 messages. Coming to internal storage capacity, this entry-level handset provided us with 1.9MB of onboard memory that can be expanded using a microSD card having a capacity of up to 2GB. Thanks to the additional storage space we could load up a number of songs, images and other multimedia content. Up next, we dipped ourselves in the waves of Bluetooth connectivity. This proceeded quite effectively wherein transferring images and music was smooth and barely took up any time. The content which we sideloaded processed swiftly allowing us to access it in a matter of seconds.

Moving on we stumbled over its VGA camera which was quite a disappointment. The camera was incompetent when it came to capturing pristine images. The color reproduction was poor while the small screen just intensified our misery. The very fact that the company embedded a camera we expected it to function well. However, after being left disgruntled we decided it was time to soothe our mind by indulging in some melodious music. It would be unfair to say that the music quality too disillusioned us as we unintentionally expected it to offer a similar experience that mid-level music handsets are capable of providing. Few of our favorite tracks succumbed to the fate of unpleasant acoustics and a crude texture. The speaker volume was audible however it was far from what other handsets in the same price range can offer music aficionados. Although our next station in the journey was the FM radio, we could not proceed any further due to the lack of earphones. Without a doubt, the inclusion of a 3.5mm jack instead of the standard Motorola one it was fitted with would have been appreciated.

We freed our gaming minds of any pretexts after witnessing the previous two shortcomings. The Motorola WX290 came pre-installed with two games namely, F1 and Race Copter. The graphics were miserable in case of the latter as it appeared pixilated whereas the aural experience was quite limited. The five-way navigation key was another hindrance in our gaming sessions. We soon geared up to delve in the social networking world using this device’s internet capabilities. On the whole, the range of internet connectivity is pretty narrow as the GPRS facility was unsuccessful in loading several pages, whereas a basic HTML Google page took almost five minutes to load.

The device provides ample storage space as compared to the other entry-level devices.

A better camera could have been included.

A higher resolution display is required.

A figure of speech ideally representing our opinion on the handset is that it’s the Jack of all trades but master of none. The Motorola WX290 is an assortment of various attributes boxed in a robust and sturdy chassis. As a final say on the phone, we believe that the audio and graphics were the major functions that might prove to be a disappointment. Considering the fact that it is an entry level device, we give it a respectable 7 out of 10 on our scoreboards. On a last note, the Motorola MotoYuva WX290 priced at Rs. 2,490 is apt for novices and those who prefer a simple and basic phone.