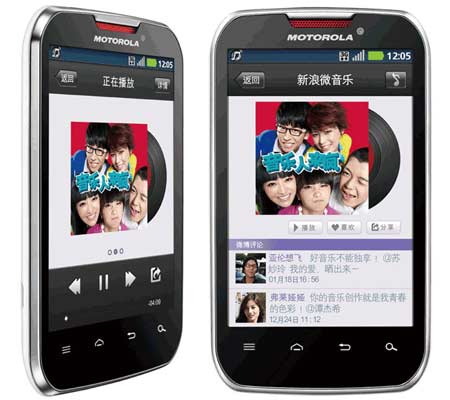 The Motorola Motosmart Mix XT550 is here to compete with the likes of Beats Audio integrated HTC phones, as the new kid on the block packs in some advanced features, allowing users to embark on a musical journey. This device is pre-installed with the Sina Micro Music app for instantly sharing music mood with friends.

Besides the Sina app, the smartphone takes advantage of technologies like SRS Wow HD and Dolby Audio to render good quality surround sound. A dedicated music button and the Music Dashboard are some of the other functions that add to the overall experience. Moreover, the stylish phone comes drenched in shades of black or white and features red accents on its curved form factor.

“We created Motosmart Mix XT550 for people who take their music seriously, and take it everywhere. Both the music and the devices we carry with say a lot about who we are. With Motosmart Mix XT550 you can have a smartphone that does justice to your music without sacrificing any of the things you expect from a smartphone,” commented Frank Meng, Corporate Vice President, President of Motorola Mobility, Greater China. 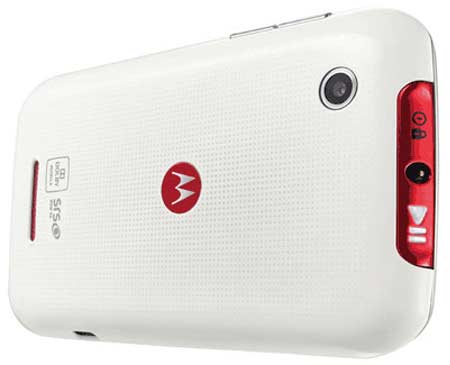 The handset binges on the Android Gingerbread mobile platform and its front panel is draped by a 4-inch capacitive multi-touch screen. Besides a 3MP primary snapper, this device employs a VGA front-facing webcam to facilitate video conferencing. Its 1,735mAh battery claims to cough up the juice for music listening time of up to 30 hours in a single charge. A high quality headset accompanies this phone.

The Motorola Motosmart Mix XT550 price and availability for China reveals it is now available for ¥1,699.