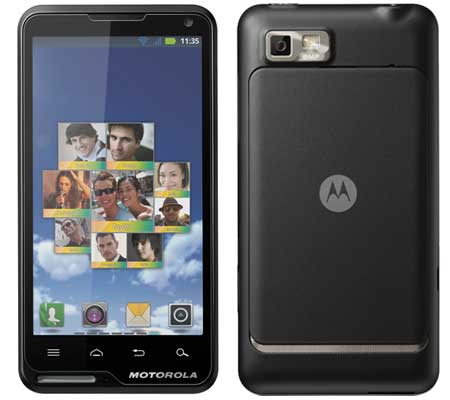 The latest Motorola Motoluxe and Motorola Defy Mini smartphones have been aimed at audiences looking for budget friendly phones. The company recently announced the Droid Razr Maxx as the latest addition to its other family members. First up in the new lineup is the Motoluxe handset which is retailing in China under the title Motorola XT615 and will soon be seen greeting other markets in February.

The Motoluxe wraps in a 4-inch display and just like its counterpart, the handset runs Gingerbread OS and is complete with Motorola’s MotoSwitch user interface for an enhanced mobile experience. Ardent mobile photographers can indulge in the mobile phone’s 8MP primary camera with AF and flash. There is a front-facing VGA snapper for conferences and chats to aid users who are constantly on the move. A 1400mAh battery has been embedded under the hood which breathes life into the device for up to 6.5 hours of talk time and about 19 days of standby time. Users can choose between licorice or white shade options that drench the handset and add style to its overall appearance. 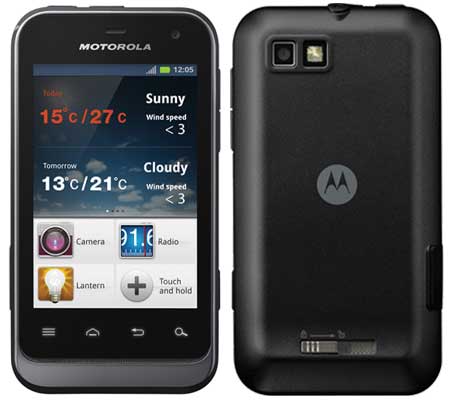 Next in line is the entry-level Motorola Defy Mini which is water and dust-proof and fitted with a Corning Gorilla Glass display, further making it scratch resistant. The front panel holds a 3.2-inch touchscreen and a VGA camera to stay connected with friends and family. Plus, the rear panel possesses a 3MP snapper with flash. One feature which probably stands out on the spec sheet is the incorporated 1650mAh battery which coughs up the juice for about 10 hours of talk time or 21 days of standby time.

Come February and the Motorola Motoluxe and Motorola Defy Mini smartphones should begin retailing in Greater China and select countries in Europe as well as in Latin America. With the Motoluxe already selling under the title Motorola XT615 in China, its counterpart will be dubbed the Motorola XT320 when it arrives in the region. There has been no word on the price details of both the handsets which are touted to hit markets next month.