Leaks on the Motorola Moto X+1 are in no shortage, but none of them have managed to provide a clear look at the upcoming flagship, that’s until now. We’ve got fresh pictures of the handset in the wild showcasing the complete design with not a single port left unseen.

And we have Android Police to thank for the latest leaks, which received the images via a tipster. The Motorola Moto X+1 you see below is a near-final prototype or otherwise known as a pre-production model. So the appearance and placement of components isn’t likely to change in the final release. 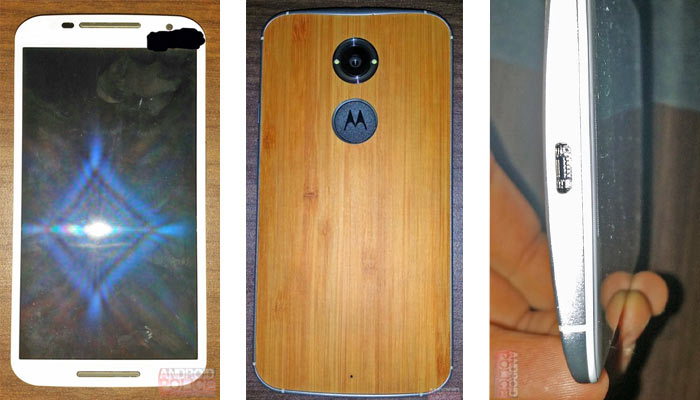 What’s also evident from the above image is that the handset sports a wooden back (probably bamboo) and there will be many other customizations at launch including leather. The design language doesn’t appear to have changed much from the current flagship, but there are a few tweaks here and there. The front has some pretty thick bezels surrounding the display which is rumored as a 5.2-inch panel.

Then there’s aluminum which has been used for the sides and the source has mentioned that the rear panel won’t be removable. Previous leaks suggested that there wouldn’t be an LED flash accompanying the main camera, but the new images point in the other direction. Motorola won’t include one, but dual LED flash lights and they aren’t easily noticeable (check out the two white dots on the rim of the camera). 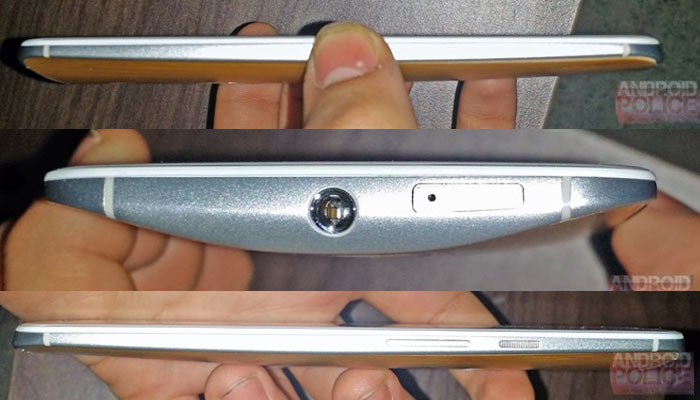 The Motorola Moto X+1 is expected to go official by the end of September and multiple reports have suggested that it will be released along with the Moto 360 smartwatch. The company is also working on a new Droid lineup for Verizon.