Motorola has done almost everything it can to make the Moto X flagship sell. We’ve seen discounts and promotions arrive each month through different retailers and the company itself. For February 14, Valentine’s Day, the American OEM offered the handset at a $70 discount when purchase without a contract. The promotion has now been extended for an entire week and it ends on the 22nd of this month.

The guys over at Android Police highlight that the offer is valid on all versions of the Moto X smartphone, the standard model and the Developer Edition. For a 16GB unit, you’ll have to shell out $329.99, while the 32GB version and the developer model are selling for $379.99 a piece. The original price for the 16GB unlocked phone is $399. 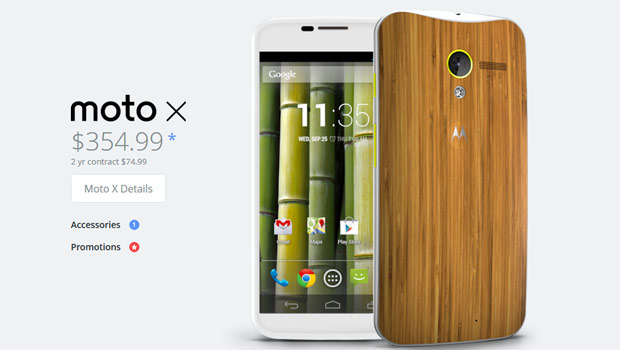 To make the deal even sweeter, you’ll be able to customize the handset with the discounted price. Add $25 to the mix and you’ll get a custom wooden Moto X smartphone. The deal is a pretty good one, so if you’re late on a Valentine’s Day gift, a customized Moto X could be the answer to your problem. What’s interesting is that Google is footing the bill for these discounted units, according to Android Police, and once Lenovo takes full control, we might not see such promotions as often.

So, you’ve got till February 22 to purchase the Moto X with a sweet discount. You can book and customize the handset via the company’s website.

Keys specs of the Moto X: