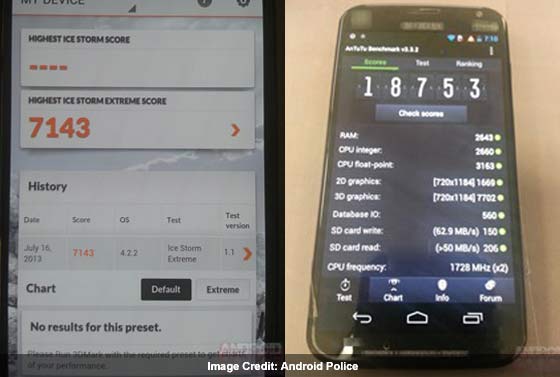 We’ve been seeing a lot of the Motorola Moto X smartphone officially and through numerous leaks. While many reports have managed to deliver details of the upcoming Motorola flagship in bits and pieces, a source has provided a comprehensive set of specifications and even benchmark scores for the handset along with screenshots which pose as proof.

Let’s start off with the specs and the hardware components deployed with the Motorola Moto X. We already know that the smartphone isn’t going to set new performance records in the Android ecosystem and dominating the mid-range category is basically what the company is aiming at. Based on the images, the handset which is said to be a test variant runs on the Android 4.2.2 platform, but we expect it to launch with 4.3 Jelly Bean instead. 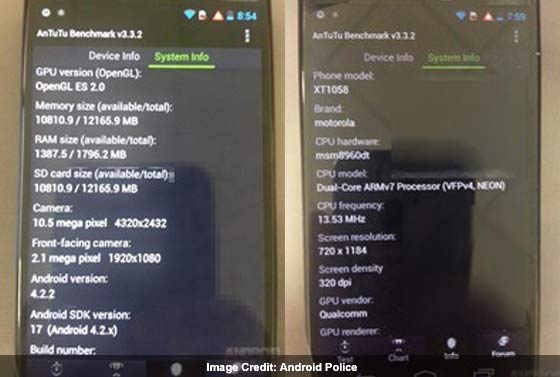 Here’s where things get interesting. On AnTuTu benchmark, the Motorola Moto X managed to secure a score of 18.7K and on the 3DMark Ice Storm Extreme test it acquired 7.1K points. The phone is expected to provide a near-stock Android experience and an always-on voice command system which was leaked a week back through an official video.

The Moto X will be available in the US through AT&T where it will go by the model number XT1058 and the Ghost codename. The device is also expected to go on sale in Canada exclusively through Rogers. An unveiling event has been scheduled for August 1.