The promised Android KitKat update for the Motorola Moto X has come quite sooner than expected, even as the software has begun rolling out to owners of the Verizon Wireless model in the US. The phone’s maker has revealed that this is a phased rollout; hence, other versions of the smartphone should receive the update within the next few weeks.

Almost all the new features of the Android 4.4 KitKat OS have been incorporated into this software package. These include the freshly created phone dialer which can now let you search for contacts directly from the dial-pad. The new Hangouts app aimed at integrating text messages with your chats and providing a host of other features also forms part of it. 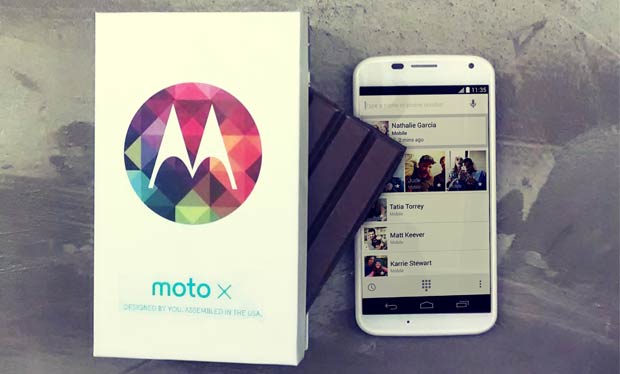 And while the Moto X Camera app will receive drag to focus and expose options, its Gallery app will be infused with a few more editing choices including the ability to annotate your photographs with simple touch gestures. The new Google Keyboard app which is brought along by the KitKat OS will grant the device some colorful emojis as well.

These and many more features will be made available to Moto X owners by means of the update. Launched back in August this year following a slew of leaks, the Moto X is highlighted by its customization options which allow you to choose its looks yourself.

Although this 4G LTE device will not be sold outside North America, its cheap cousin, the Moto G has been unveiled for sale in other parts of the world. Wrapping up, the KitKat update for the Motorola Moto X is live now for Verizon customers who can download it OTA.