If you’ve been waiting impatiently to get your hands on the new Motorola flagship, then tomorrow is day you’ve got to get ready for as the new Moto X and other devices from the company will go up for pre-order in the US then. What’s more, the second batch of Moto 360 smart watches will also be available, but in limited quantities.

As far as the subsidized Moto X is concerned, Motorola will only be offering the AT&T model for now. As you already know, it’ll cost $99.99 with a 2-year contract and you’ll also get to opt for the Next monthly installment program. There’s still no concrete information on when the phone will reach Verizon and other carriers though. 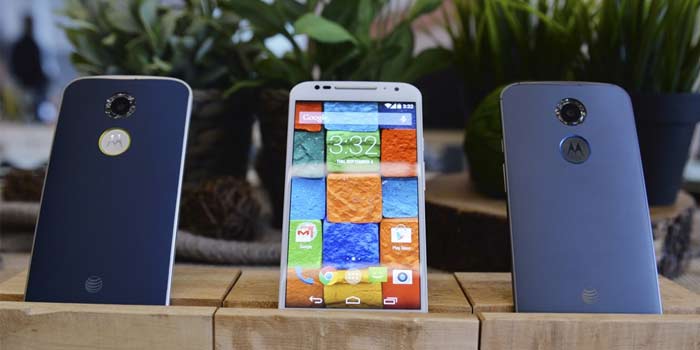 Additionally, the Pure Edition Moto X will also go up for grabs from tomorrow and the company has confirmed the price at $499.99. Unlike the carrier model, this version is unlocked and SIM-free. You can also expect quicker software updates and a complete stock ROM as there will be no bloatware.

Also read: New Moto X will not have a Developer Edition on Verizon

This variant will also be customizable through the Moto Maker web app. The Moto Hint and Motorola Turbo Charger will go up for pre-order at $149.99 and $34.99 respectively. The OEM is also running a trade-in program where it’s offering up to $300 when you send in an old device, provided you purchase a custom Moto X first.

The new Moto X, Moto 360 and the other devices will be available for pre-order through the Motorola website.

Facebook
Twitter
Pinterest
Linkedin
ReddIt
Tumblr
Flip
Previous articleOppo goes back to drawing board for N3, rotating camera now in a cylinder
Next articleBlackBerry Passport spotted in the wild with T-Mobile branding. Is the feud over?