Motorola has revealed that it will be sticking to its one-flagship-a-year plan, and has made it clear that the Moto X (Gen 3) will be hitting the market sometime around September this year. No additional details about this smartphone have been disclosed by the company however.

During a Q&A on Twitter, Rick Osterloh, the Motorola president was asked about the timeframe of the new device’s release. To this he answered saying that Motorola tries to roughly follow an annual cycle for all its products, which include the upcoming Moto X. 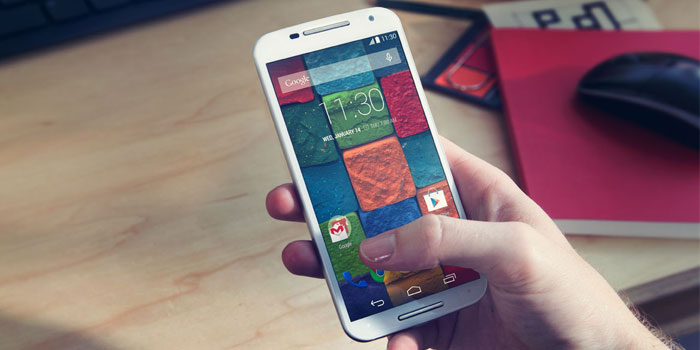 The Q&A also saw Osterloh mention that Motorola currently has no plans about launching a tablet. This makes sense given that the company’s smartphone range has been doing great in important markets, and also due to the fact that its parent company Lenovo, already has many tablet offerings to boast of.

.@northead we try to stay on a roughly annual cycle for all of our products including Moto X. #AskRickO

Coming back to the Moto X (Gen 3), it has been revealed in the past that this smartphone will be the bearer of the latest generation Snapdragon 810 chipset. Although great in terms of its other offerings, this silicon has been found to suffer from overheating issues which could result in the company going for its 815 or 820 variant in the end.

Since the first-gen Moto X came with a 720p HD display and the second-gen model ships with a 1080p full HD monitor, there’s no harm in guessing that third-gen variant will go for a QHD panel. After all, Motorola has already used these high-definition monitors on its Nexus 6 and Moto Maxx (or Moto Turbo) handsets.

.@broota_sumer @Motorola On Tablets, we don't have any plans, but @lenovo has lots of great offerings here (e.g., Yoga). #AskRickO