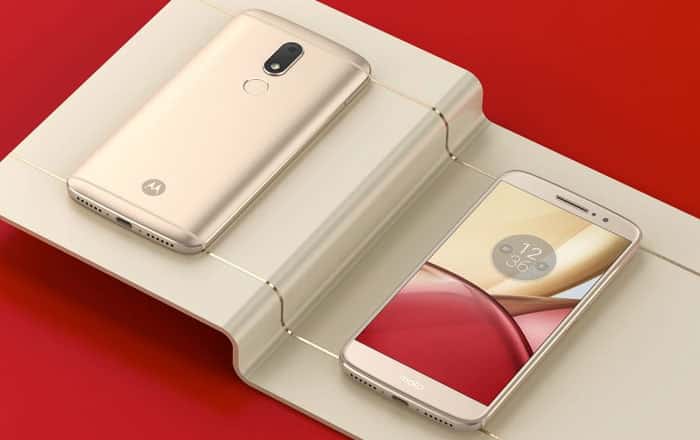 Motorola’s officially launched the Moto M after weeks of numerous leaks and rumors revealed a number of key details about the phone. The handset has now been listed on the brand’s Chinese site and is up for sale over at Lenovo’s website.

The Moto M is priced at CNY 1999 (roughly $295 or Rs 19700). The cost marks it for the mid-range market sector and its specs reflect that status for the most part. A layer of nano-coating protects the phone from minor splashes. It’s been carved out of metal and is the first Motorola offering to feature a fingerprint scanner on its back.

In terms of photography, the Moto M comes with a 16MP rear camera which is accompanied by PDAF, an aperture of f/2.0, and dual-LED CCT flash. The module has been paired with an 8MP front-facing snapper for selfies and video calls.

Music enthusiasts will get to listen to songs enhanced by Dolby Atmos technology. Motorola’s stuffed an octa-core 2.2GHz MediaTek Helio P15 processor inside the smartphone to power its daily activities and added an ample 4GB of RAM to keep things running smoothly.

We’ll let you know if and when the Moto M makes its way to international waters.