Motorola is due to launch refreshed versions of its 2013 smartphones including its highly popular Moto G handset that has earned it a lot of success in the global market. Well, word out is that the successor to the said device will hit stores on September 10 and an alleged price has also been revealed.

GSMArena is reporting based on information a retailer received via a Motorola representative that the Moto G2 or G+1 will start shipping on the said date and it will cost around €250. The report also states that some retailers will receive stock by the end of August. This suggests that we could see the smartphone go official at the IFA 2014. 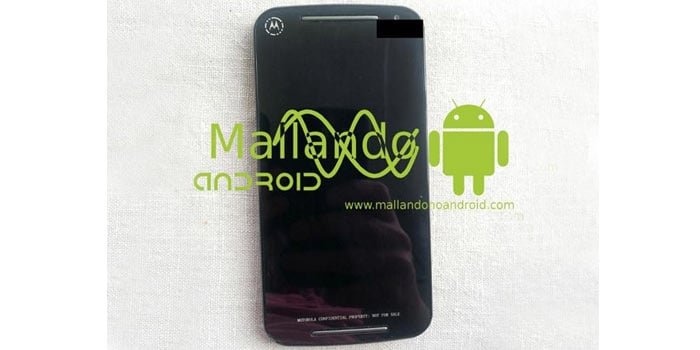 The information provided is for the dual SIM model and the single SIM option should hit stores around the same time as well. The price is rather steep and certainly not what we expected. Nevertheless, the information hasn’t been confirmed as yet, so the final amount could be much cheaper.

We already know a lot about the Moto G2 thanks to the numerous leaks. The above image is allegedly of the handset and it shows a tweaked design. Where hardware is concerned, the device will carry a larger display of 5 inches and have an 8MP camera.

Apart from the Moto G2, Motorola plans to launch the Moto X+1 flagship on September 25 via Verizon. Since their release dates are so near, we could see both handsets debut at the IFA 2014.