Motorola isn’t done with announcing new phones as the Moto G Ferrari Edition has now gone official. And unlike the Moto E and the Moto G 4G, this handset has only been unveiled in Mexico. So is it an exclusive? That hasn’t been confirmed as yet, but Mexico will be the first market to receive the device as it goes on sale next month.

The Motorola Moto G Ferrari Edition was leaked once before, but no concrete information was provided about the smartphone. The main highlight here is the phone’s premium design that features a Kevlar-enforced rear panel which has been a common sight on previous handsets from the company. Additionally, the Ferrari logo occupies the empty space below display and on the rear panel (image courtesy: Xataka). 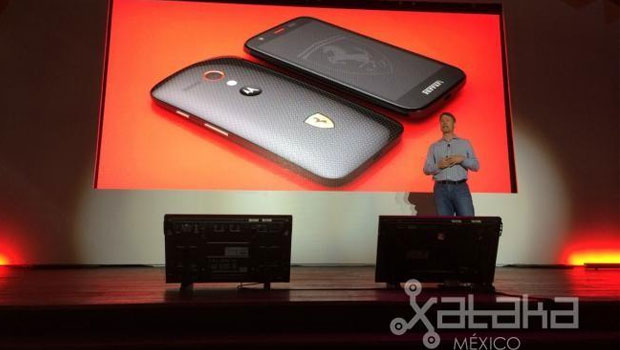 Where features are concerned, the handset is basically a tricked-out LTE Moto G, notes PhoneArena. The device comes with 16GB of internal storage and it also has a microSD card slot which is a much-welcomed addition. The remaining components will be the same as the original’s. You get Android 4.4 KitKat out of the box, an entire gigabyte of RAM, a 1.2GHz quad core Snapdragon 400 SOC and a 5MP rear camera amongst others.