The game-changing Moto G will be landing in India next month, and details regarding its release are all set to be announced on February 5, confirmed Motorola through a tweet. This smartphone will most probably be launched only in its dual SIM form, for that’s one thing the Indian market has been constantly demanding lately.

As for the Moto G’s price, we’re still being kept in the dark by Motorola. This affordable device can be grabbed in the US right now for as low as $179 (8GB model) which translates to roughly around Rs 11,000. But its price in India is expected to higher than the converted value. An earlier report had suggested that the device might sport a Rs 15,137 tag, but it’s not confirmed as yet.

Just like with the Moto X, buyers in the US are able to customize their handsets with different colored backs and a host of other things, but in exchange of a little extra cash on their purchases. However, that won’t be the case here in India. Standard black and white models are expected to land in the country when they do.

Unveiled in November last year, the Motorola Moto G offers an HD display, a quad core processor as well as a guaranteed upgrade to the latest version of Android at a price that would even put the Micromaxes and Xolos to shame. Hence, it will be interesting to see how it fares against these smartphones when it comes out in India. 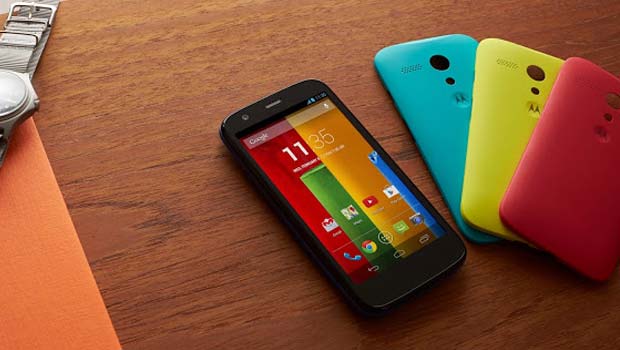