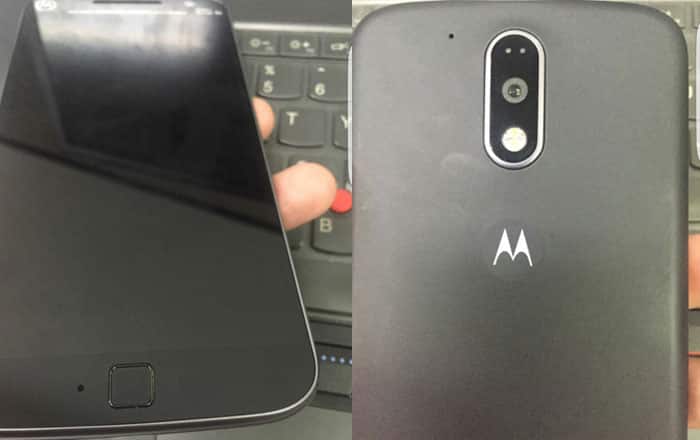 Reports about the next Motorola Moto G (4th gen) have started emerging recently, with the latest round of speculation bringing up a couple of new images and specs of the handset. The most noticeable aspect of these snaps is the brand-new physical button on the front surface.

The square-shaped button allegedly doubles up as a fingerprint scanner. Lenovo had previously promised that all Motorola phones in 2016 would feature fingerprint sensors, so this rumor may prove to be accurate. Based on the pictures, the back of the Moto G (4th gen) sports a much more familiar design, with its vertical strip style and batwing logo.

The camera unit is accompanied by LED flash and what may be twin laser autofocus sensors. The new photos are in line with an earlier snap which had showcased an unknown Moto phone out and about in the wild. The device was initially believed to be a future Moto X, but a later leak of a smartphone dubbed the Moto G4 Plus reversed this opinion.

The Moto G4 Plus may turn out to be an enhanced version of the Moto G (4th gen). Leakster Roland Quandt said as much on Twitter. According to him, the former is all set to house a 5.5-inch screen, 16MP rear snapper and 16GB of internal storage. The latter supposedly carries the same features except for a lower-specced 13MP main shooter.