Many who were disappointed to hear rumors about the upcoming Moto G (3rd Gen) from Motorola having decided to stick to 1GB of RAM will be pleased to know that evidence of a supposed 2GB RAM model has emerged now. More importantly though, there is proof that the device will be taking the Moto Maker route when it’s out.

An image showing a number of different customized variants of the third generation Moto G has popped up on the Internet. It shows us that the handset will either have white or black front panels, while the accents, the back panels and the logo strips will be customizable via Moto Maker.

This picture has leaked courtesy the ever so reliable @evleaks Twitter handle. Coming to its specs, a number of previous leaks have told us that this Motorola offering will ship with just 1GB of RAM just like its predecessors. A new report however is telling us that a 2GB RAM option will be made available to those who desire it. 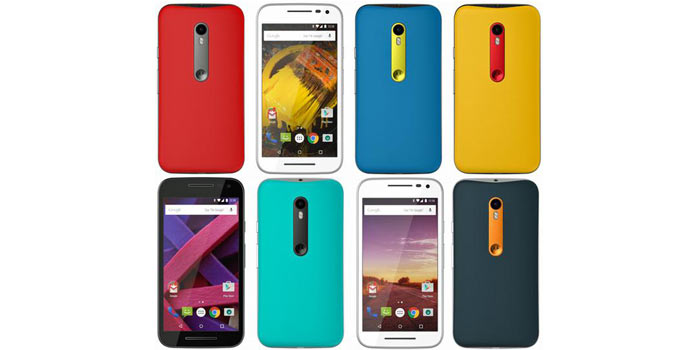 A Reddit user has gone through lines of code grabbed through the company’s UK website and has unearthed this possibility. Besides, it is also being said that the device will carry a 13MP camera, a 5-inch 720p HD display and a quad core Snapdragon 410 CPU.

Here’s a quick look at the key specs of the Moto G (3rd Gen): 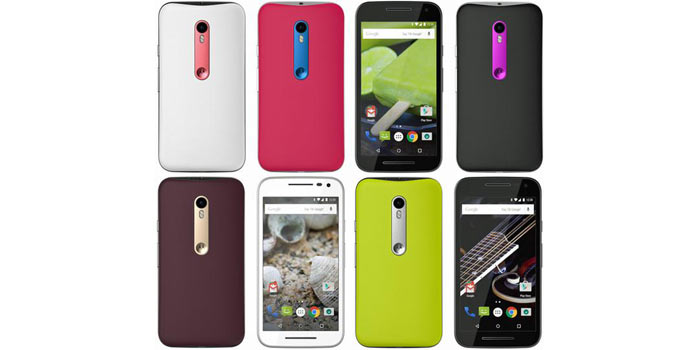 We’re getting to know more details about the Motorola Moto G (3rd Gen) regularly; so stay tuned to this space for additional information about it.