This is probably our first look at the new Motorola Moto G (3rd Gen) smartphone that’s slated to hit the market later this year. Along with these leaked images, a set of specs have also arrived but they’re sounding quite unimpressive if you ask us.

Firstly, the new Motorola Moto G (3rd Gen) is showing off a completely redesigned rear panel. That long strip dipping down from its camera module has also been spotted on a recently leaked render of the next-gen Moto X smartphone, making it more believable.

As can be seen in the image, a dual LED flash has finally made its way onto a Moto G device. A Google+ user named Neo Lee has apparently grabbed these images via an unspecified Chinese forum, and as pointed out by Android Police the specs are coming from a video that can be found on YouTube. 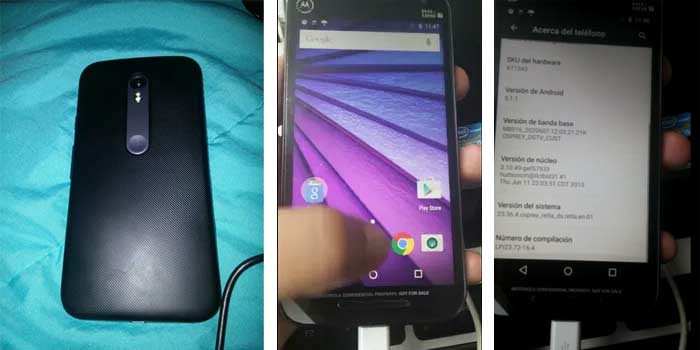 Motorola has apparently chosen to keep the 5-inch display size unchanged, but it has upgraded the CPU slightly by going for the 64-bit Snapdragon 410 chipset. There’s just 1GB worth of RAM just like last year’s model and the variant before that; so there will be no change in this department for three years straight.

Android 5.1.1 has been revealed to be its OS, while it is being said that the third-generation Moto G will ship with 8GB worth of storage and a microSD card slot. A big highlight is that there will apparently be a 13MP main camera and a 5MP selfie unit present on the device. 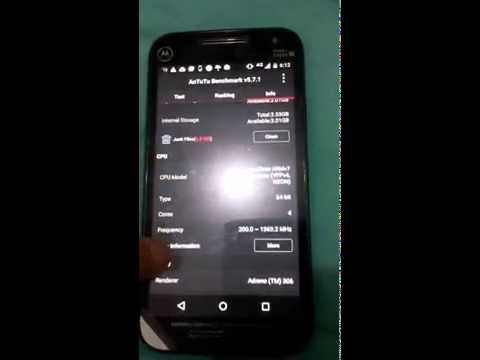 It is also very plausible that the new Motorola Moto G (3rd Gen) will come with 4G LTE support on all its models. This phone is expected to be unveiled during September this year; so there’s still a long way to go for the details to be confirmed.