After commencing a soak test of Android 5.0 Lollipop for the Moto X, Motorola is now evaluating the upcoming update on its new Moto G smartphone. The new software has stated rolling out to all users who have signed for the program and release notes for the firmware have also been published.

This very well means that the Motorola Moto G 2014 will also be amongst the first devices to get Android 5.0 Lollipop. What’s interesting is that Google is yet to release the new OS for its previous Nexus lineup and if it delays the roll out even more, it’s certainly not going to sit well with users. 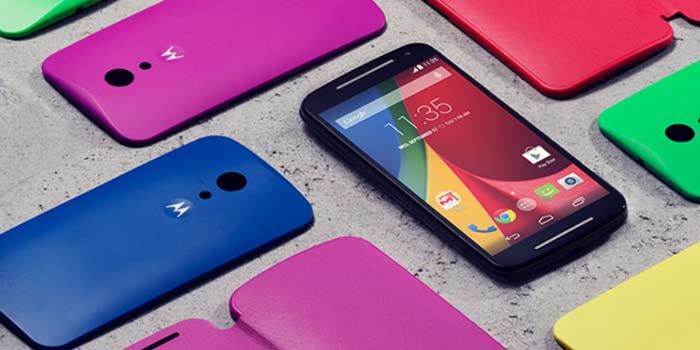 Based on previous rumors, the search giant will reportedly release the update today. Additionally, LG has announced that it’ll be pushing the new software to its G3 flagship from this week. With Android Lollipop, the mid-range Motorola phone will have access to all of the latest enhancements.

They include the new material design UI with modified navigation keys, notifications directly accessible on the lock screen, better multitasking, Ambient Display support and a lot more. Of course, the overall experience will be stock Android and with a few Motorola apps pre-loaded.

Here’s a refresher of the key Motorola Moto G 2014 specs, in case you were planning to buy it:

There’s no word on when the final Android 5.0 Lollipop update for the Motorola Moto G 2014 will be released, but based on previous experiences, we doubt it’ll take more than a few days. To know what’s new in the latest firmware, be sure to check out the release notes.