Motorola Moto E gets listed in Brazil with images, specs and price

No upcoming devices stay hidden from the internet, not even Motorola’s new low-cost Moto E smartphone which is expected to go official tomorrow. The handset was leaked extensively last week and now, a Brazilian retailer has spilled the beans on the design, specifications and price.

A listing for the smartphone went live a couple of days back on Fast Shop, but was taken down soon. On the upside, Tecnoblog managed to get hold of all the information and even the images of the Moto E. Previous leaks about the hardware have been pretty accurate. The handset does have a 4.3-inch display and looks quite similar to the Moto G. However, it’s said to be thicker at 12.3mm and not measure 6.2mm as previously rumored. Also, the device will have no front camera, but a 5MP rear snapper sans a flash. 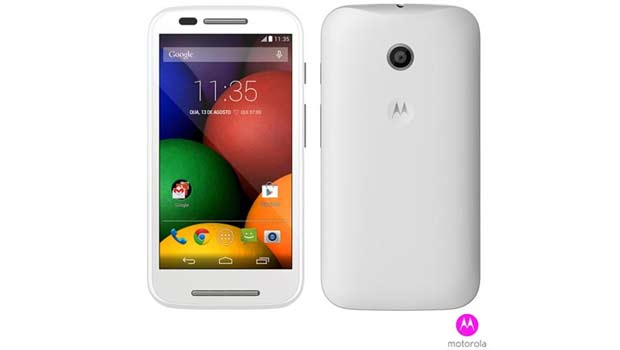 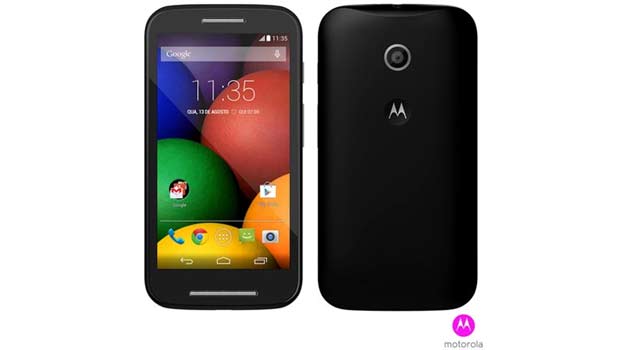 PhoneArena states that the device will be available in multiple colors and so far, we’ve seen the phone surface in turquoise and lemon hues, courtesy of EvLeaks. We’re not sure if Motorola will use the same strategy that it did with the highly popular Moto G where the phone comes in standard shades of black and white with swappable rear panels.

The Moto E goes official tomorrow where it will be unveiled in London and New Delhi. The phone is expected to retail for around $270.