It’s been raining discounts for the Motorola Moto 360 smartwatch over the past few weeks, with the Android Wear gadget now going for an ultra-affordable $149.99. That’s a whole $100 price drop for the device that has its original retail value set at $249.99 in the US.

This sale is taking place via the official Motorola online store which means you can customize your purchases with the Moto Maker service. You can moreover, also avail of the Moto 360 at its discounted value through third-party sellers like Amazon and Best Buy.

$149.99 happens to be the base cost of this Android Wear device, and applies to its leather band variants. The stainless steel variants on the other hand are going currently at $199.99, whereas the gold-plated models are being offered at $229.99. This is a limited-time deal that’s slated to end on June 9. 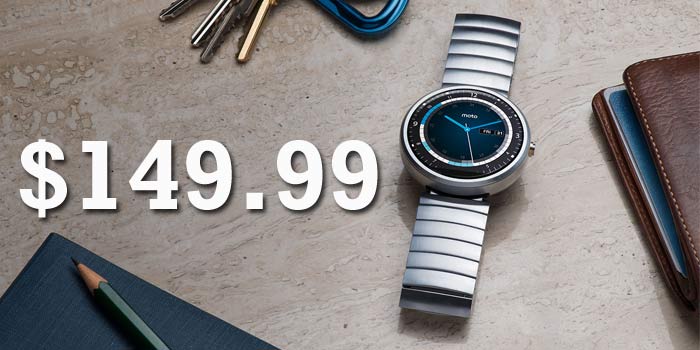 The Motorola Moto 360 was the first ever Android Wear smartwatch to ship with a circular display. It grabs a 1.56-inch 320x 290 pixel display and runs on a TI OMAP 3 processor. This device carries onboard 4GB worth of storage space and 512MB worth of RAM. Its other major highlights include a pedometer, a heart rate monitor and a 320mAh battery. 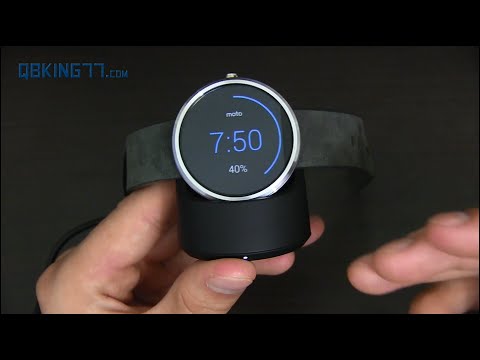 Those interested in buying the Motorola Moto 360 should make sure to do that before June 9, as the discounts are expected to last only until the said date. All eyes are currently peeled on the successor of this smartwatch that’s supposed to be unveiled soon.