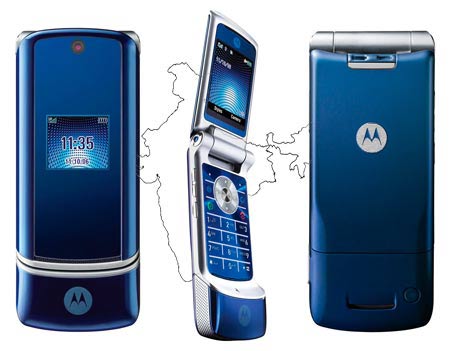 Earlier this month we had reported about Motorola’s MOTOKRZR that was to be released in November. The KRZR KI is codenamed Canary and is finally available in India.

However, the KRZR K1 does not come equipped with an FM radio, which is actually surprising because people have been longing for it in the upgrade to the RAZR V3i. And the KRZR is a follow up to the RAZR V3i because of its similar form factor and upgraded specifications.

The rest of the features between the two are more or less the same: an internal 176×220 256k color display, secondary 96×80 screen, a microSD/TransFlash memory card slot, Bluetooth, USB, MP3/AAC playback support, etc.

The Motorola KRZR K1 is available for a price of approximately Rs. 16,000.