The Motorola Moto G series which comprises of the first and second generation smartphones has started receiving Android 5.0 Lollipop in India. This makes both smartphones amongst the very few low-cost options on the market to get treated to the latest flavors from Google.

This isn’t the first time we’ve heard that the Motorola Moto G is getting Android Lollipop in India. We’ve already reported before that both 2013 and 2014 models have already been treated to the new firmware. However, that appears to be limited to those who signed up for the soak test. Well, now everyone is going to get the new enhancements in the next few days. 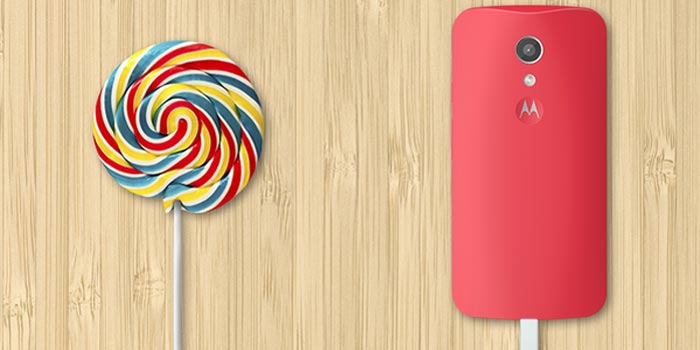 The Motorola India Twitter account has revealed that the latest OS is rolling out in phases and it also highlights that you’ll receive it via an OTA update. The improvements being introduced for the two handsets are pretty much identical since the phone have similar hardware.

Along with the Material Design enhancements in the UI, you’ll also get the new notifications interface along with alerts on the lockscreen. There’s Ambient Display support integrated as well, and the new recent apps menu is also accessible.

Be sure to check out the release notes for more details on what Android Lollipop brings to the 2013 and 2014 models of the Motorola Moto G.