We’ve seen the Motorola DVX leak multiple times, get FCC approval and also have its rumored specifications come out into the open. And with the latest piece of speculation, we’ve been presented with an alleged price that stands at $200 to $250, for the device along with more in-depth hardware details.

For a quick refresher on the DVX, Motorola plans on launching it as a cheaper alternative to the Moto X flagship. Based on this, we expect the device to come with stripped down features. Word out is that the device will be smaller than its 4.7-inch sibling which brings up the possibility of it carrying the recently popularized ‘mini’ branding. Well, G4Games is reporting citing Weibo as its source that the phone could don a 4.5-inch touchscreen making it slightly smaller than the Moto X. 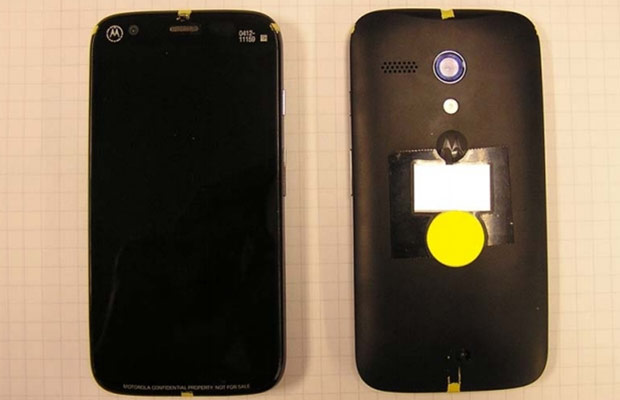 Also, the panel isn’t going to of Super AMOLED type, so the best option here is IPS LCD. And whether the company decides to give it 720p HD visuals is still a mystery. The Moto X was launched as a highly customizable smartphone and you can expect the DVX to be personalizable as well, but to a certain extent. The report notes that the phone will have a removable back cover which will arrive in various color options.

The DVX will also sport the same X8 SoC which is found on the Moto X and other smartphones from Motorola. The chipset is based on a dual core Snapdragon S4 Pro CPU clocked at 1.7GHz, quad core Adreno 320 graphics and two low-power cores for sensors. This suggests that the DVX will also have Touchless control. The rumor even predicts the existence of dual SIM slots.

Based on a previous report, the DVX is expected to be launched in the US through Republic Wireless this month.